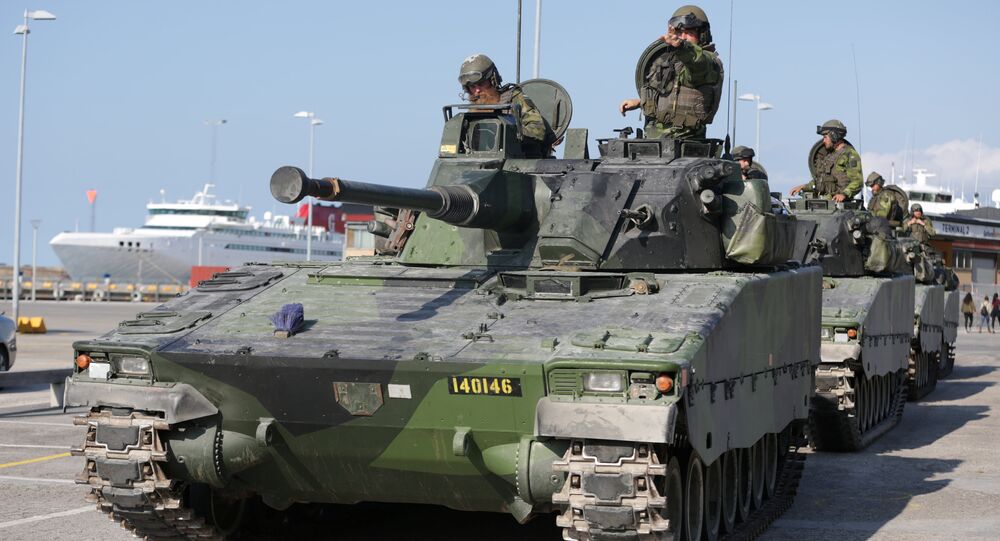 In May, the Swedish Defence Forum submitted a report to the country's defence minister with a list of propositions dubbed "the greatest reinforcement since the 1940s" amid the alleged "Russian threat".

According to Reuters, Sweden's military said Monday that it would deploy an updated version of its ground-to-air defence systems to the Baltic island of Gotland, citing increased tensions with Russia.

"Gotland is an important area from a military-strategic perspective," Micael Byden, supreme commander of the Swedish Armed Forces, said in a statement.

"Its geographical location gives the island significant military advantages in terms of protection and control of sea traffic, the Baltic's airspace and the ability to base military units and capabilities."

Though Sweden isn't part of the North Atlantic Treaty Organization (NATO), it keeps close ties with the block and has been reinforcing its military lately due to Russia's alleged involvement in the Ukrainian and the Georgian crises in 2014 and 2008, respectively.

Sweden has also complained several times for aerial incidents involving its and Russia's aircraft over the Baltic.

The island of Gotland lies around 330 kilometres from Russia's region of Kaliningrad, the headquarters of the Russian Baltic Fleet.