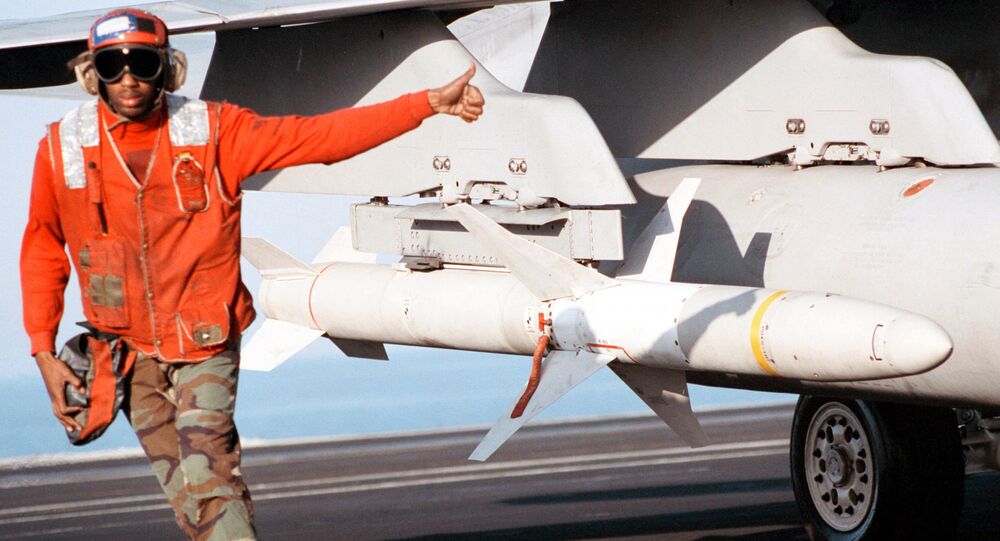 US Approves $122Mln Sale of Tactical Missiles to Germany - Pentagon

WASHINGTON (Sputnik) - The United States has approved a sale of tactical missiles worth more than $122 million to Germany, the US Defense Security Cooperation Agency (DSCA) said in a press release on Friday.

"The State Department has made a determination approving a possible Foreign Military Sale to Germany, through the NATO Support and Procurement Agency (NSPA) acting as its Agent, up to ninety-one (91) AGM-88E Advanced Anti-Radiation Guided Missile (AARGM) Tactical Missiles, and up to eight (8) AGM-88E AARGM Captive Air Training Missiles (CATM) for an estimated cost of $122.86 million," the release said.

The AARGM is the latest and most advanced US weapon system for engaging and destroying enemy air defences and time-critical, mobile targets, according to manufacturer Northrop Grumman.

The supersonic, medium-range, air-launched tactical missile is compatible with US and allied strike aircraft, including all variants of the Tornado, F-18, F-16, F-35 and EA-6B electronic-warfare aircraft, Northrop Grumman said.

The DSCA explained in the release that the missile is an upgrade to the older generation AGM-88B High-Speed Anti-Radiation Missile (HARM), which Germany first purchased in 1988, the release said.

The missiles this case will be manufactured using a mixture of new components and older sections from Germany's existing stock of AGM-88Bs, according to the release.

Assange Adviser Claims Pentagon Behind US Crackdown on WikiLeaks Founder