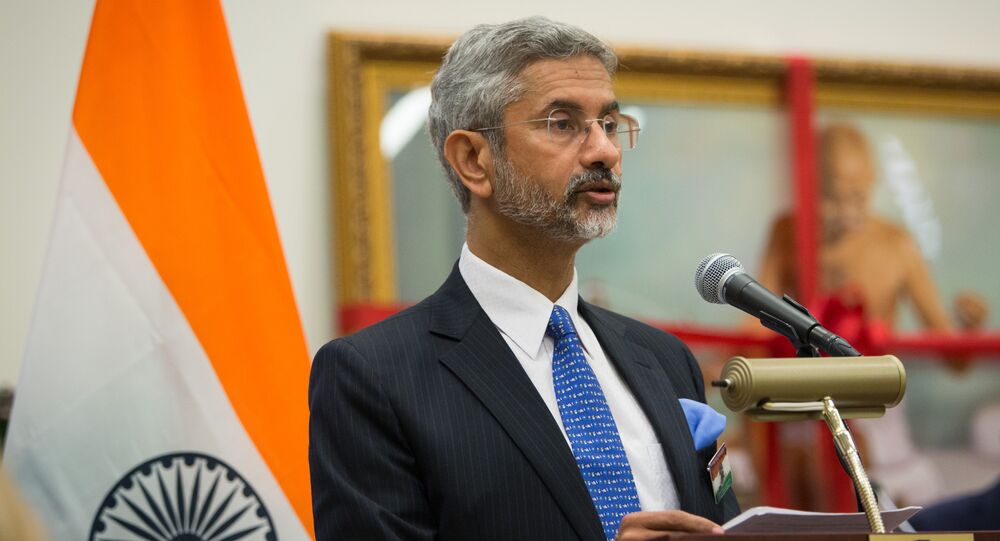 Indian External Affairs Minister Subrahmanyam Jaishankar has stressed that part of being good partners is to "comprehend and appreciate the national interests of each other".

Minister of External Affairs of India Subrahmanyam Jaishankar has stated in the course of his press conference with US Secretary of State Mike Pompeo, that India will do what is in its national interests regarding S-400 purchases from Russia possibly attracting CATSAA sanctions.

Touching upon US-Iranian relations, Indian foreign minister Jaishankar said that the "common ground" on Iran was on energy, with the priority being that "global energy supplies remain undisrupted and predictable."

Press Statements (Visit of Secretary of State of The United States of America to India) https://t.co/a5R82F5IEu

In his turn, Pompeo said he had touched upon US-Indian trade issues "in the spirit of friendship".

"The United States has been clear we seek greater market access and the removal of trade barriers in our economic relationship. And today I addressed these differences in the spirit of friendship, and I think that the two of us will be able to see a good outcome for each of our two countries", Pompeo told a press conference.

The US Secretary of State said that he and his counterpart had touched upon India's wish to buy Russia's S-400 air defence systems.

"You ask in particular about trade disputes and S-400 challenge that we face ... On each of those two issues, we had a chance to talk today, to try and plot a path forward", Pompeo said.

US Secretary of State Mike Pompeo arrived on Wednesday at the Indian Ministry of External Affairs for talks with the country's foreign minister, Subrahmanyam Jaishankar.

Pompeo, who landed in India late on Monday, has a very busy schedule for his trip. The secretary of state already held talks with Indian Prime Minister Narendra Modi and National Security Adviser Shri Ajit Doval earlier in the day.

Pompeo's visit comes ahead of the G20 summit, which will be held in the Japanese city of Osaka from June 28-29. US President Donald Trump and Modi are expected to hold negotiations on the sidelines of the annual gathering of world leaders.