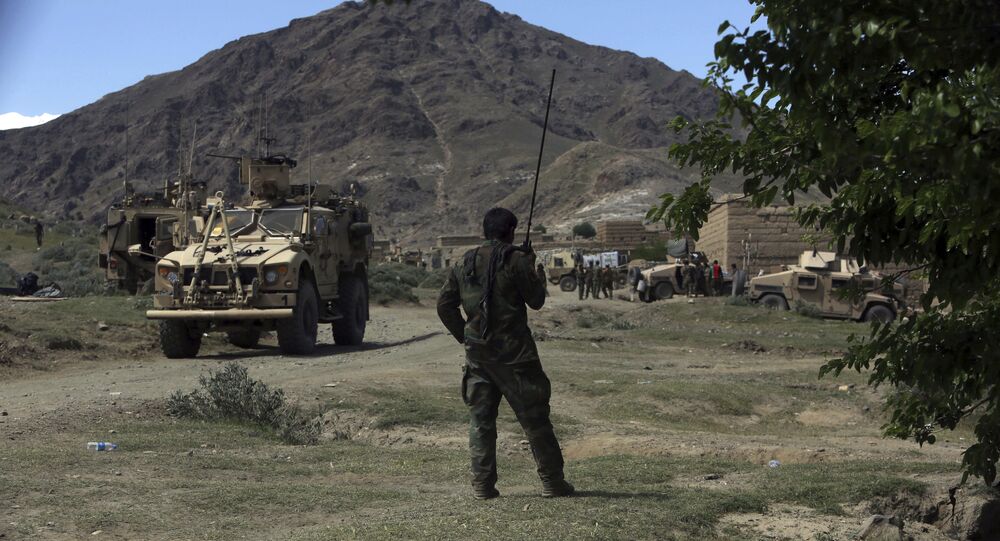 The deaths bring the US service member death toll in Afghanistan to at least six in 2019, according to reports by NATO and US government.

Two US service members were killed in Afghanistan on Wednesday, the NATO-led Resolute Support mission said in a statement, providing no further details.

The statement added that the identities of the fallen soldiers would be kept secret until their families had been notified.

The incident comes a day after US Secretary of State Mike Pompeo's brief visit to the Afghan capital Kabul, where he expressed his hope that a peace deal would be reached before 1 September.

A fresh round of talks between US peace envoy Zalmay Khalilzad and the Taliban is expected on Saturday in Qatar.

We'll start the next round of talks on Jun 29. Based on my recent visits to #Afghanistan and #Qatar, I believe all sides want rapid progress. #AfghanPeaceProcess

For years, Afghanistan has been embroiled in a protracted conflict, with the government fighting the Taliban movement, which controls vast swaths of rural territory and regularly launches offensives throughout the country.

The United States has been carrying out its counterterrorism campaign on Afghan soil since late 2001. While most US troops left Afghanistan by the end of 2014, about 14,000 remain in the country, in addition to 16,000 servicemen from other NATO countries and the bloc's partner states. US President Donald Trump announced in December 2018 that he would pull out around half of the remaining US troops deployed in the country.

Most recently, President Trump said that the US will soon see its troops in the Islamic Republic halved to 8,000 soldiers.

In April, the US military stated that three US service members and a civilian contractor had been killed following the detonation of an improvised explosive device near Bagram Air Force Base in Afghanistan.