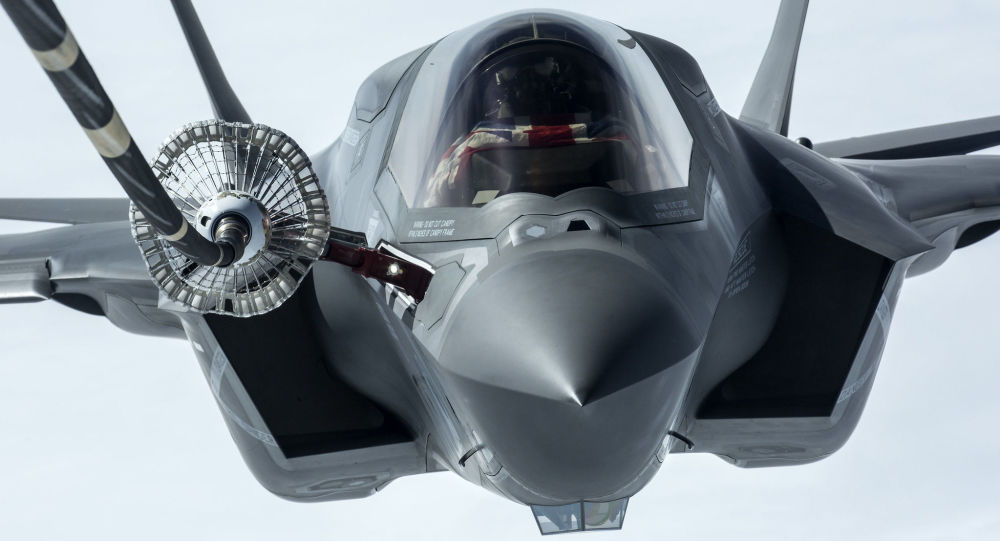 The Royal Air Force (RAF) intends to obtain some 138 expensive fifth-generation jets in the coming years, despite the problems, both minor and major that continue to haunt the aircraft and which the manufacturer, Lockheed Martin promises to fix along with introducing improvements to the fighter.

British pilots have been testing F-35s in first sorties targeting Daesh* in Iraq and Syria since 16 June, UK Defence Secretary Penny Mordaunt shared. UK F-35s based on Cyprus have conducted a total of 13 sorties since then, but haven't carried out any strikes yet, the minister added.

"The F-35s are the most advanced jets our country has ever possessed and will form the backbone of British air defence for decades to come", she said.

The next step for the Royal Air Force (RAF) will be deployment of F-35B jets on the aircraft carrier HMS Queen Elizabeth by 2021, which will become the "centrepiece of [the] country's expeditionary forces" UK Admiral Tony Radakin shared.

The UK currently has 24 F-35B fighter jets, suited for short take-off and vertical landing, with an objective of obtaining 138 planes in total. Around one third of the overall number is expected to be supplied to the country by 2023.

Despite apparent popularity among NATO states, the F-35 reportedly continues to face certain issues even though it has been developed over several decades with over a $1 trillion budget. According to the documents obtained by the Defence News media outlet, some F-35 pilots experience cabin pressure spikes resulting in the pilots experiencing ear and sinus pain, while the jets receive structural damage on speeds beyond Mach 1.2 and have problems operating in areas with cold weather.

Lockheed Martin, which manufactures the plane, however, promised that the jet will continue evolving over the course of its life-span eventually reaching a state, when it will become indistinctive from yet to be developed sixth-generation jets.