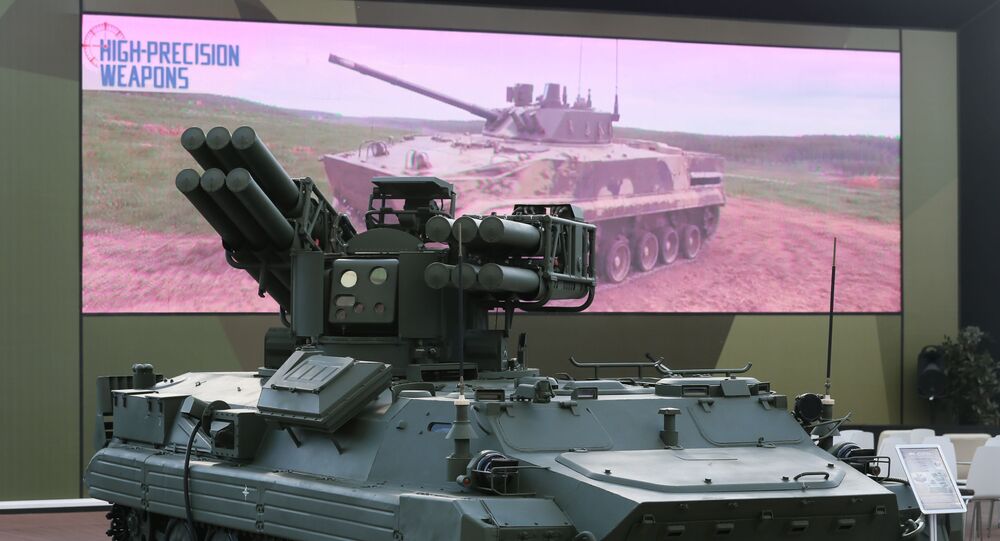 MOSCOW (Sputnik) - The Russian Defence Ministry will introduce the nation's newest anti-aircraft missile system "Sosna" into service, according to a source in the press service of the holding Vysokotochnye Kompleksy, part of the state corporation Rostec.

The Sosna missile system was designed to protect troops from aircraft attacks and aerial reconnaissance.

This system is capable of operating at any time of the day or night and in conditions of reduced visibility. Targets can be identified both manually and in autonomous mode.

The system is armed with 12 Sosna-R anti-aircraft guided missiles that can hit targets at a distance of up to 6 miles and at an altitude of 3 miles.

A modernised version of the missile system will be presented at an upcoming edition of the Army Forum.

The 5th International Military-Technical Forum Army-2019 will be held from 25 June to 30 June at the Patriot Convention and Exhibition Centre, at the Kubinka air base just outside Moscow. Currently, 62 nations have confirmed their participation in the event.

The system was first presented at the 2018 edition of the annual Army International Military-Technical Forum.