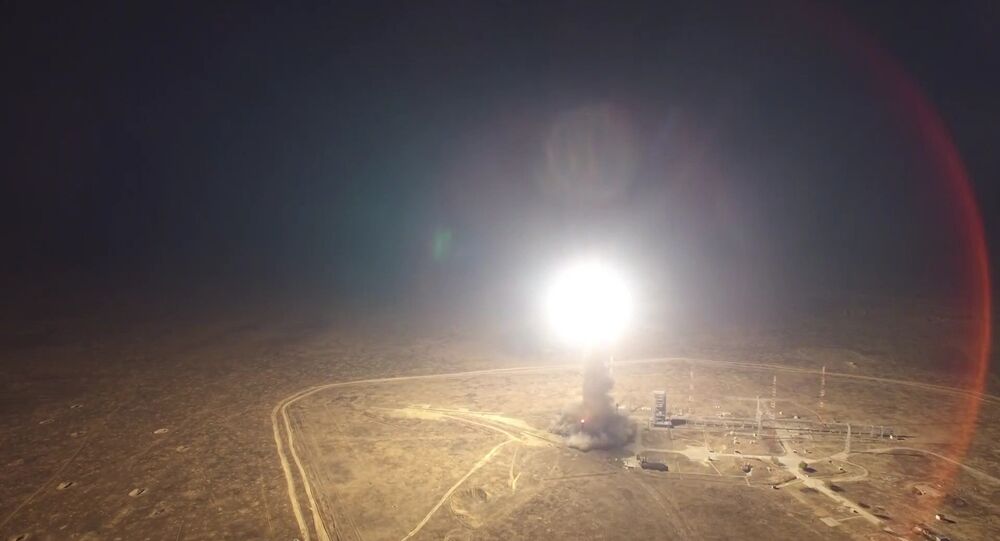 An unclassified document published last week by senior US military leaders revealed the Pentagon has plans for the limited use of nuclear weapons in a conventional conflict to “create conditions for decisive results and the restoration of strategic stability.”

A document by the Joint Chiefs of Staff published on June 11 outlines how the US will strategically and tactically approach the question of nuclear weapons in a variety of conflicts. "Nuclear Weapons: Planning and Targeting” was quickly removed from the Pentagon’s website, but a copy was preserved by the Federation of American Scientists.

“Integration of nuclear weapons employment with conventional and special operations forces is essential to the success of any mission or operation,” the Pentagon document says.

Noting that both the use and the threat of use of nuclear weapons can have a significant influence on ground operations in a conflict, the document states that commanders must judge whether or not to introduce nuclear weapons into a theater of operations if they “could create conditions for decisive results and the restoration of strategic stability.”

“Employment of nuclear weapons can radically alter or accelerate the course of a campaign,” the document continues. “A nuclear weapon could be brought into the campaign as a result of perceived failure in a conventional campaign, potential loss of control or regime, or to escalate the conflict to sue for peace on more-favorable terms. The potential consequences of using nuclear weapons will greatly influence military operations and vastly increase the complexity of the operational environment.”

The FAS’ Steven Aftergood, a government secrecy project analyst who saved the file, described the passage as “Strangelovian,” noting the document even begins with a quote from nuclear war theorist Herman Kahn, on whom the eponymous character in the 1964 film “Dr. Strangelove” is based.

"My guess is that nuclear weapons will be used sometime in the next hundred years, but that their use is much more likely to be small and limited than widespread and unconstrained,” the document says at the top of a chapter titled “Planning and Targeting.”

In February of last year, the Pentagon’s Nuclear Posture Review (NPR) iterated a shift in US strategic thinking for the first time since the dawn of the century: a turn from focusing on the War on Terror inaugurated after the September, 11, 2001, attacks, and the “return to Great Power competition” with Russia and China.

Since then, the US has withdrawn from the Intermediate-Range Nuclear Forces (INF) Treaty with Russia and frustrated attempts to secure an extension of New START (Strategic Arms Limitation Treaty), which is set to expire next year.

The US has accused Russia of violating both treaties, but Moscow denies this is the case and alleges it’s actually the US that’s been violating the INF, particularly with its Aegis Ashore systems.

Most recently, Washington has claimed Moscow is in violation of the 1996 Comprehensive Nuclear-Test-Ban Treaty (CTBT), which bars all nuclear weapon explosions. US Defense Intelligence Agency Director Robert Ashley claimed last month that Moscow “probably is not adhering to its nuclear testing moratorium in a manner consistent with the 'zero-yield' standard.'"

The Russian Foreign Ministry blasted the claim as “absolutely unfounded,” pointing the finger at Washington for trying to redirect attention from its own violations of the treaty.

A report published Monday by the Stockholm International Peace Research Institute (SIPRI) found that at the start of 2019, approximately 13,865 nuclear weapons existed, divided between nine nuclear powers: the US, UK, Russia, France, China, India, Pakistan, Israel and Democratic People’s Republic of Korea. SIPRI’s Shannon Kile, director of SIPRI’s Nuclear Disarmament, Arms Control and Non-proliferation Program, told AFP the weapons were “fewer but newer,” there having been 600 more nuclear weapons at the start of 2018.

Rather than attempt to forestall the seemingly inevitable slide into international conflict, the White House and Pentagon seem to be embracing it. Only weeks after US President Donald Trump announced the country’s withdrawal from the INF, the Pentagon’s new budget requests for 2020 revealed a bevy of missile systems in development, or for which funds had been requested, that would have been banned by the INF’s strict range limitations. Some of those weapons will be tested later this year, indicating they’d already been in development long before the INF departure was announced.

Moreover, long before the NPR was announced, the US Navy began work nearly 20 years ago on a full-scale overhaul of its W76 nuclear warheads to W76-1, which sit on top of its Trident submarine-launched ballistic missile (SLBM). However, the NPR introduced a new design based on the W76-1, dubbed the W76-2, a low-yield variant of the warhead.

Construction began on the W76-2 in January, and the first deliveries of the weapon are expected before the end of the year, according to the National Nuclear Security Agency.