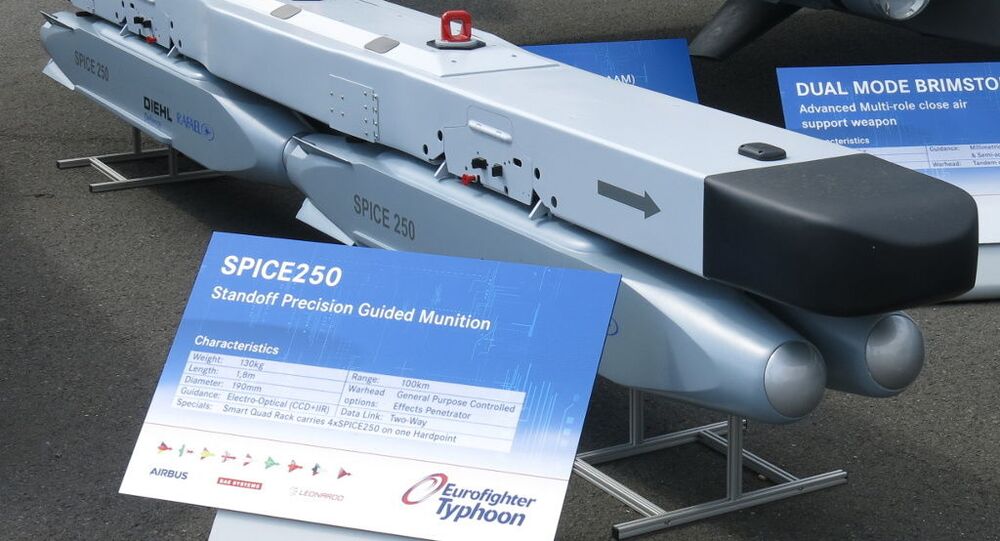 Israel’s Rafael Advanced Defense Systems has introduced a new version of its SPICE bomb with a “deep-learning algorithm” that learns from previous bomb strikes to better select and track its targets.

The SPICE (Smart, Precise Impact, Cost-Effective) 250 gliding bomb is truly a unique weapon. Although small, packing only a 75-kilogram (250-pound) warhead, the bomb can deploy wings to glide over 100 kilometers to strike its target. What’s more, the bomb communicates with the aircraft that launched it using “deep learning” technology that gets progressively better at striking its targets.

Electro-optic scene-matching technology allows the bomb to understand the world it’s rapidly falling upon: to guide itself independently of GPS by “remembering” what the terrain looks like and by tracking moving objects to differentiate them from each other as well as stationary ones, Defense News reported.

“The deep-learning algorithm is indifferent to the actual data fed to it for modeling targets of interest and embedding their pertaining characteristics into the system," Gideon Weiss, Rafael’s deputy general manager of marketing and business development at the company’s air and C4I division, told Defense News.

"However, the more the data used for modeling is representative of the target of interest, the more robust the recognition probability will be in real life,” he said.

The bombs are deployed via a Smart Quad Rack (SQR) mounted underneath an aircraft’s wings. The rack also serves as a data hub for the bombs, remaining in two-way communication with the SPICE 250 and collecting information about the environment that the bomb has “learned” up until it strikes its target. Then, that knowledge gets fed into the other bombs, which can use artificial intelligence to hit their targets better.

“These are automatically and simultaneously recorded on the SQR — enabling two functions: (a) real-time and post-mission BDI (Bomb Damage Indication); (b) post-mission target data extraction for intel updates, etc.," Weiss said. "The ATR [automatic target recognition] capability, including its deep learning updates, must be more agile than the enemy’s ability to conceal and/or change its battlefield footprint, tactics, appearance or anything else which might impede the ATR from accurately recognizing and destroying targets.”

The SPICE 250 can’t pick a second target on its own if it loses the first target, but the aircraft pilot can select a new target for the bomb up until “a few seconds before the weapon hits its target,” Weiss said. However, the ability to automatically find a new target may be coming in later models, he said.

Founded by Israel’s National R&D Defense Laboratory in 1948, Rafael was spun off as an independent company in 2002, albeit still owned by the Israeli government. Primarily serving the Israel Defense Forces, its products have many international buyers as well. For example, following an unsuccessful airstrike on the town of Balakot in Kashmir on February 26, India’s air force announced it would be buying another of Rafael’s SPICE bombs, the SPICE 2000 bunker buster, Sputnik reported. The SPICE 2000 has a similar type of advanced electro-optical target seeker.