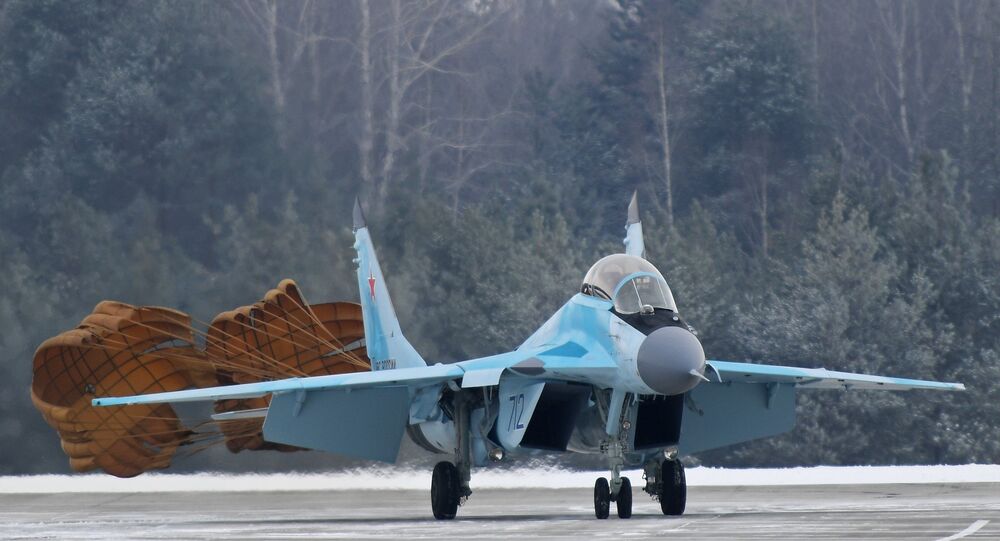 "We have made a significant breakthrough in the MiG-35 program over the past three years. We have launched the construction of this aircraft rapidly. Over two and a half years we have moved from development activities to a contract with the Russian Defense Ministry, and, under this contract, we have already delivered two first aircraft to the Aerospace Forces for tests. We plan to deliver the remaining four aircraft by the end of the year", Tarasenko said.

He added that the corporation expected to sign a new contact for MiG-35 deliveries with the Russian Defense Ministry.

The MiG-35 is an offspring of the MiG-29 jet, but has improved avionics and weapons systems. It also received precision-guided targeting capability as well as optical locator system that give it the ability to detect and track enemy aircraft or drones without relying on intel from ground-based radars.