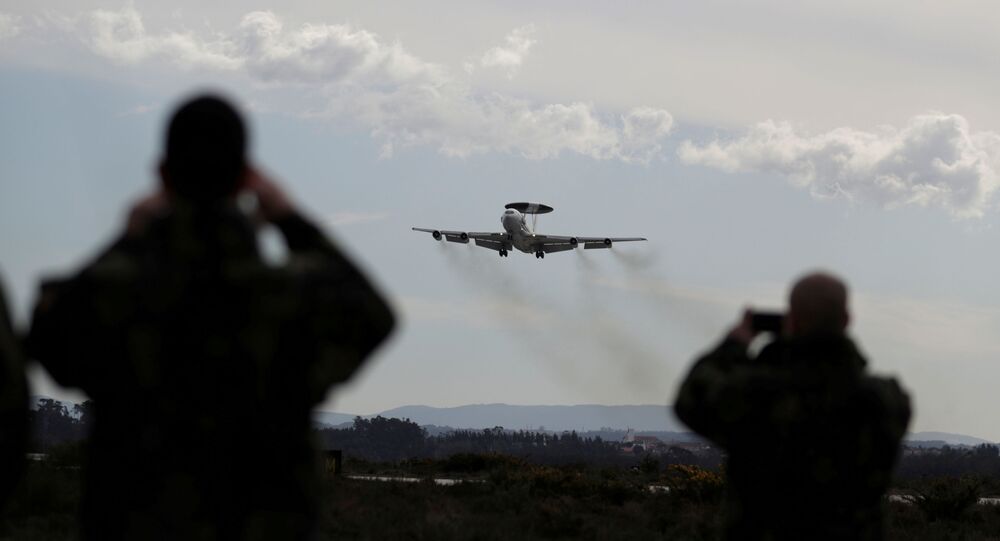 The Boeing E-3 Sentry AWACS is among the few military assets directly owned by NATO and has widely been considered the alliance's "eyes in the sky" for the last four decades.

NATO’s general manager for the agency in charge of the Boeing E-3 Airborne Warning and Control System (AWACS) fleet, Brigadier General Michael Gschossmann, revealed in an interview with Reuters that the alliance is facing the unpleasant prospect of paying a significant bill if it doesn't come up with a replacement for its AWACS spy planes by around 2035.

The AWACS fleet is aging and will soon face the Final Lifetime Extension Programme (FLEP), which will cost the alliance around $1 billion and will prolong the lifespan of the aircraft through 2035.

However, if the F part of FLEP doesn't end up being "final", the alliance will have to spend a significantly larger sum of money not only to keep the AWACS planes in the air, but also to keep them up-to-date. For example, FLEP won't affect the aircraft’s radars, as that would make the cost to upgrade them twice as large.

"We have to get moving on this. We have to ensure that the studies move along quickly. We need a reality check", Gschossmann said.

One of the possible replacements is the Boeing E-7 spy plane, which is already owned by some of the alliance's members, but not NATO itself. Gschossmann stated that the replacement must have "growth potential", meaning that it would be able to be modified and upgraded in the future. He added that the E-7 has such capabilities.

The Boeing E-3 AWACS was originally developed in the late 1980s and has long been called NATO's "eyes in the sky". AWACS aircraft were actively used by the alliance following the 2014 Ukrainian crisis to monitor Russia’s borders, along with other reconnaissance aircraft, which have regularly been spotted near Crimea, the exclave of Kaliningrad, and Russian military bases in Syria.