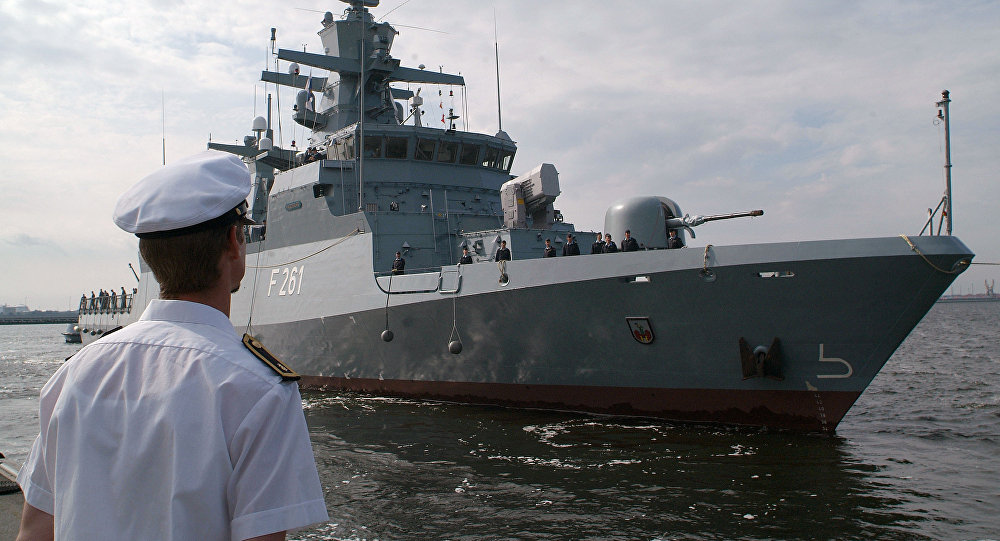 Along with the US, Russia, and China, Germany will join the club of countries aiming to acquire high-energy laser weapons. The outlet Die Welt reports that the German Navy is just a step away from equipping one of its warships with a laser cannon.

The German Armed Forces, Bundeswehr, will soon acquire a laser weapon, as the first gun of this kind is expected to be installed on the Braunschweig-class corvette K130 already next year, Die Welt reports. According to the outlet, the Bundeswehr will roll out its requirements for the new weapon, outlining what the country’s military expects from the new technology, with the details coming out as early as this month.

To provide the German Armed Forces with the first laser cannon, two competing arms companies, Rheinmetall and the German branch of the European group MBDA, are expected to join forces.

The German media outlet cited MBDA Germany sales executive Peter Heilmeier, explaining that a laser cannon for "short-range air defence and possibly also speed boat combat" is to be deployed. During the test phase, which is set to start soon, they are to find out what danger the weapon could pose to those who use it.

Although there are still numerous antitrust issues to be resolved, the German Armed Forces Procurement Authority, which is in charge of acquiring new technologies, is seeking cooperation between the Rheinmetall and the MBDA. As the German newspaper points out, the deployment of domestically developed technologies will render future exports independent of US approval.

Both companies have long been working on the development of high-energy lasers, which some media outlets have dubbed a “weapon of the future”. The lasers have already been successfully tested, downing both drones and mortar shells, Die Welt reports. However, naval laser technology is said to open new dimensions.

It is not only the German Navy that is expected to acquire the cutting-edge weapon, the outlet notes, as lasers could soon be deployed for the army, namely in land-based systems and tanks. According to MBDA Germany top manager Doris Laarmann, protection against drones is increasingly becoming the focus of development.

According to the German newspaper, the US, China, and Russia are in the lead of developing laser weapon technologies. In comparison to conventional weapons, laser cannons are thought to be more precise, scalable - as its destruction level can be restricted - and stable, with it having virtually infinite ammunition if there is sufficient power.