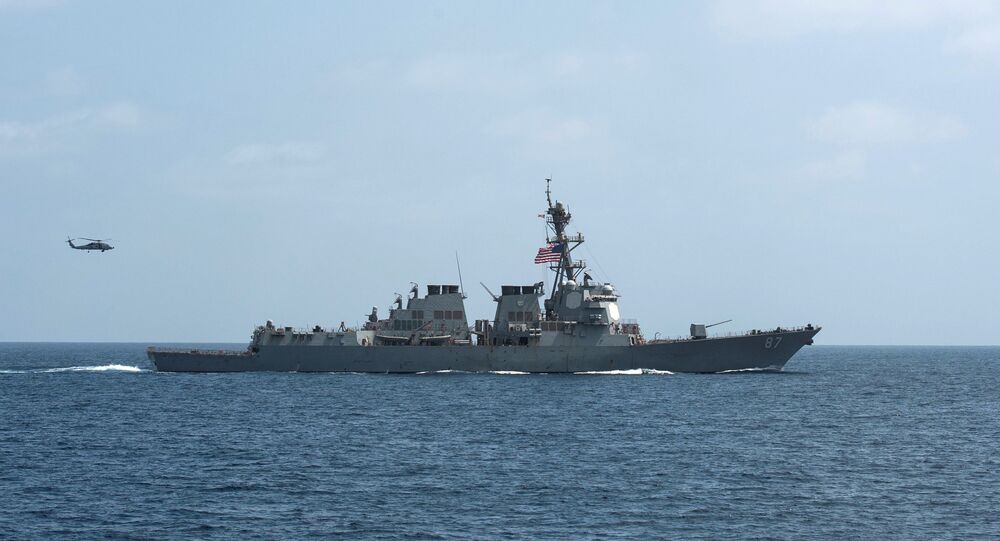 US Central Command said that US military is ready to defend US interests including freedom of navigation, noting that Washington has no interest in engaging in a new conflict in the Middle East.

US Central Command said that US Navy destroyer USS Mason is en route to Gulf of Oman to provide assistance after attacks on oil tankers.

"USS Mason is en route to the scene to provide assistance," CENTCOM spokesman Lieutenant Colonel Earl Brown said in a press release on Thursday. "The US and our partners in the region will take all necessary measures to defend ourselves and our interests. Today's attacks are a clear threat to international freedom of navigation and freedom of commerce."

© AP Photo / Anonymous
Tanker War Redux? Gulf of Oman Sabotage Sparks Fears of Repeat of Costly 80s Conflict
Earlier, Kokuka Courageous tanker and another oil tanker, Front Altair, were hit by explosions in the Gulf of Oman near the Strait of Hormuz. According to some reports, the vessels were subject to a torpedo attack, which caused explosions and fire on at least one vessel, however, the cause of the incident remains unknown and there was no official information on the cause of the incident. All crew members of the tankers were evacuated to Iran after the incident.

Several hours after the explosions, US Secretary of State Mike Pompeo said that the United States believes that Iran was behind the attacks on the vessels. Pompeo claimed that the assessment was based on intelligence, weapons used, and level of expertise needed to execute the operation.

His statement came after Iranian President Hassan Rouhani stated that Iran attaches particular importance to ensuring security in the Persian Gulf and in the entire Middle Eastern region.