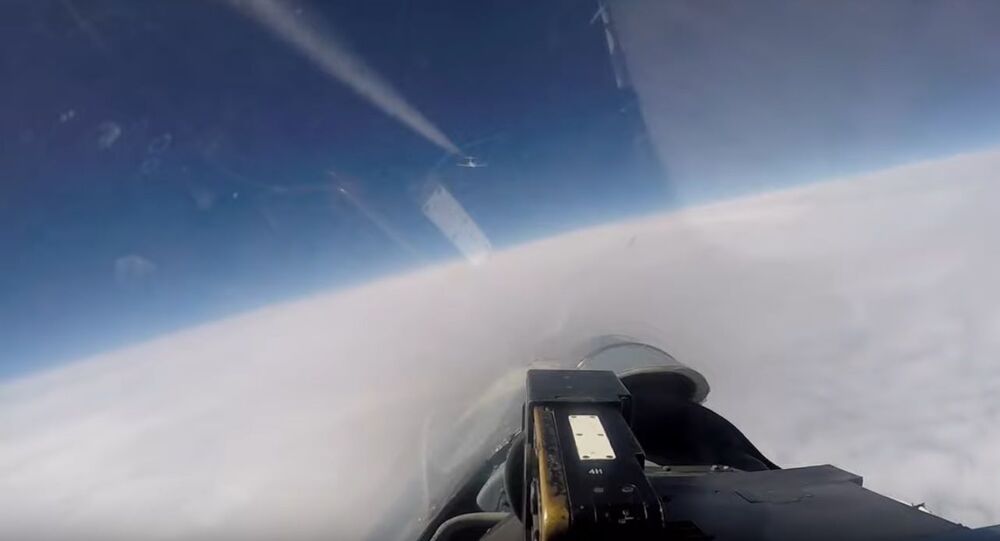 Over a dozen NATO members plus 'partner nations' Finland and Sweden kicked off their annual BALTOPS drills last weekend, with dozens of surface ships, subs, aircraft and about 8,600 troops taking part in the maneuvers. The Russian military is closely monitoring the exercises.

Russia's defence ministry has released footage taken from inside the cockpit of a Su-27 fighter sent to intercept a US Air Force RC-135V spy plane and a Swedish Air Force Gulfstream reconnaissance aircraft approaching the Russian border in the Baltic.

The interception took place over neutral waters in the Baltic Sea on Monday, with the Su-27 scrambling to chase after the planes and escort them out of the area amid their apparent effort to test Russia's air defences.

NATO and partner nations Finland and Sweden kicked off large scale drills known as BALTOPS on Sunday, with the exercises, involving about 50 surface ships and submarines and 40 aircraft, including air defence, amphibious landing operations, sea mine clearance and anti-submarine warfare operations. The drills will run until June 21.

© Photo : U.S. European Command
Russian Su-27 Intercepts US and Swedish Armed Forces Aircraft at Russian Border - MoD
Russian military aircraft are regularly scrambled to intercept foreign planes flying close to the country's borders in the Black and Baltic seas and near the Russian bases in Syria.

Last week, the US Navy complained that a Russian Su-35 fighter had harassed a US P-8A Poseidon spy plane in the Mediterranean flying toward Syria's Tartus port on June 4, saying the aircraft was intercepted three times over a three hour period. The defence ministry denied the claim that the Russian plane acted in an "unsafe" manner, saying the interception was carried out in full compliance with international rules, and that the plane returned to base after the US aircraft changed its trajectory.

The US and its allies have flown thousands of missions along Russia's borders in the Black and Baltic seas in recent years. According to MoD figures, Russia's air defence network detected and tracked over a thousand foreign spy planes and UAVs flying along the country's borders in 2018 alone.