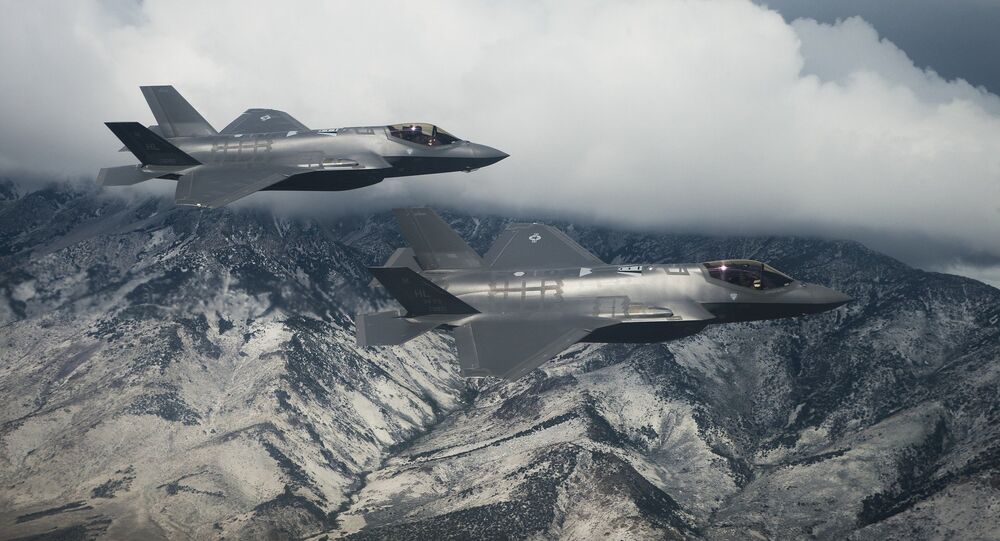 Turkish pilots will no longer be training to fly F-35 Joint Strike Fighters at Luke Air Force Base in Arizona, Pentagon officials said Monday afternoon. It's part of the continuing fallout from Washington's dispute with Ankara over the latter's decision to buy S-400 air defense systems from Russia.

"Without a change in Turkish policy, we will continue to work closely with our Turkish ally on winding down their participation in the F-35 program," he said.

Last week, Sputnik reported the program would stop accepting new pilots, based on reports by US officials. Washington gave the Turkish government until early June to back out of its deal with Moscow to buy S-400 anti-air missile systems, which the Pentagon fears will expose the F-35's weaknesses by working together. However, Turkish President Recep Tayyip Erdogan has remained stalwart, pledging to only further his country's partnership with Russia under US pressure.

Turkey has long been a partner in the F-35 program, producing key parts of the fifth-generation stealth aircraft. Ankara was slated to buy 100 of the A-version fighter-bombers, which come in three varieties: the F-35A, for standard airfield operations; F-35B, for vertical takeoff and landing; and F-35C, for carrier operations.

Manufacturer Lockheed Martin had been delivering Turkey's planes to Luke Air Force Base, northwest of Phoenix, until recently, Sputnik reported, where Turkish pilots trained under US teachers to fly the highly advanced aircraft. Only four aircraft were ever delivered before the program was shut down, though.