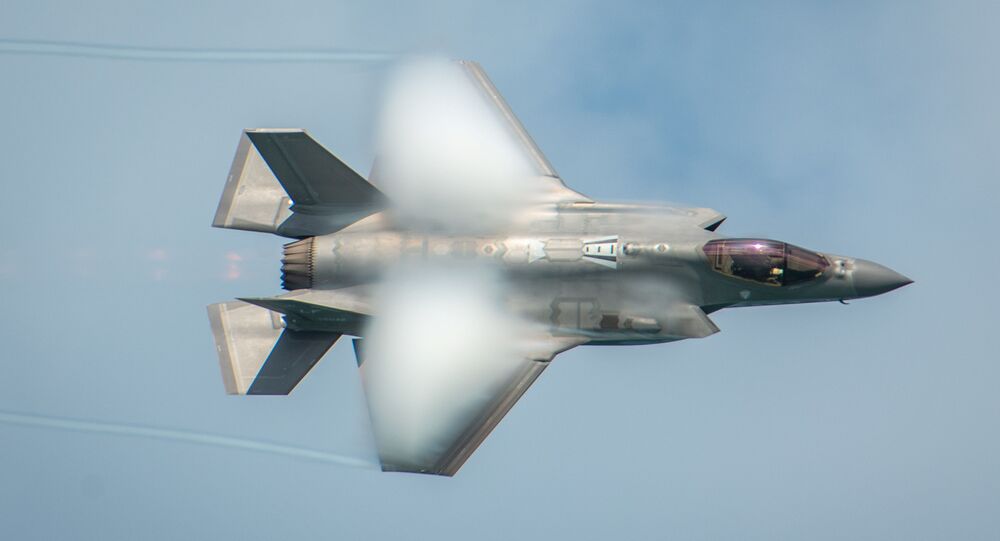 A representative of the Japanese Air Self-Defence Force claimed that they found “nothing abnormal” about the aircraft’s body, which led the officials to suspect human error as the cause of the stealth fighter’s demise.

Japanese Minister of Defence Takeshi Iwaya has announced that the crash of a Japan Air Self-Defence Force’s (ASDF) F-35A stealth fighter, which occurred on 9 April, was probably caused by the pilot’s "spatial disorientation" rather than technical problems with the plane, the Kyodo News Agency reports.

"We believe it highly likely the pilot was suffering from vertigo or spatial disorientation and wasn’t aware of his condition", Iwaya said during a press conference on Monday.

© AP Photo / Eugene Hoshiko
Japan to Keep Monitoring F-35 Crash Site to ‘Protect Classified Info’
He also remarked that spatial disorientation “can affect any pilot regardless of their experience”, adding that the defence ministry will now increase vertigo training for combat pilots, and perform “special inspections” of the remaining 12 F-35A aircraft stationed at the Misawa Air Base.

"There was nothing abnormal about the aircraft's body, so we believe the crash resulted from a human factor, though not an error", an ASDF official also said during the press briefing.

Earlier in June, Defence Minister Takeshi Iwaya announced the end of the search for the missing plane after rescue teams found fragments of the aircraft but not the pilot’s body.