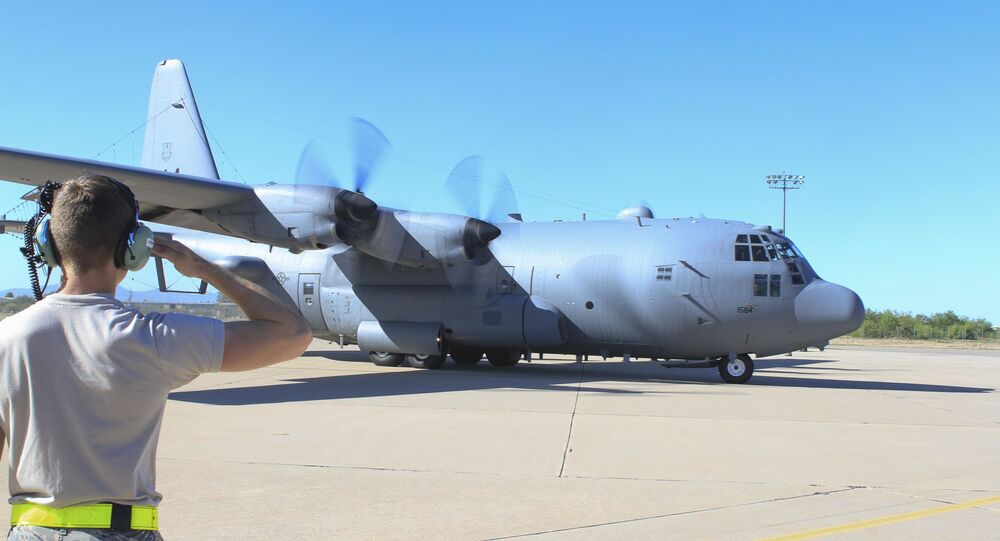 Previous reports suggested that the US and Poland are close to inking a deal to deploy an additional 1,000 American troops to the European state. Warsaw has been seeking such a deployment since September 2018, offering to build a separate military base called Fort Trump to accommodate the soldiers.

The US has redeployed one of its Lockheed EC-130H Compass Call electronic warfare planes to Poland as part of a series of joint military drills. A US Air Force (USAF) statement claims that the drills are aimed at "maintaining joint readiness and enhancing interoperability". The EC-130H will be training alongside F-16C fighter jets, stationed in Germany

The statement further said that the redeployment was greenlighted by Warsaw and added that the move demonstrates the US' commitment to "enhancing regional security".

EC-130H is based on a heavily modified C-130 Hercules airframe and carries numerous electronic warfare devices designed to disrupt the command and control communications of the enemy on the battlefield, reducing the rival forces' ability to coordinate their actions.

READ MORE: Poland Says 'Fort Trump' Construction is Certain, but US Fails to Confirm It

NATO forces intensified their drills in the proximity of Russia's borders soon after relations between the western countries and Moscow deteriorated following the Ukrainian crisis. The NATO states' drones and reconnaissance planes have also been routinely spotted near the Russian borders and Russian military bases in Syria.

Poland has been negotiating a deployment of additional US troops to the country since September 2018, pledging to build a base named Fort Trump for that purpose and paying around $2 billion from its own budget. Still, Washington was reluctant to accept the offer. The Financial Times recently reported that the US and Warsaw are planning to sign the deal on the deployment of 1,000 troops to Poland on 12 June, in addition to the already stationed 4,500 American soldiers stationed there.

Russian Official: Deployment of US Nuke-Capable Bombers to Europe is Provocation

US Revives Strategy of Unpredictable Troop Deployment to Europe – Report