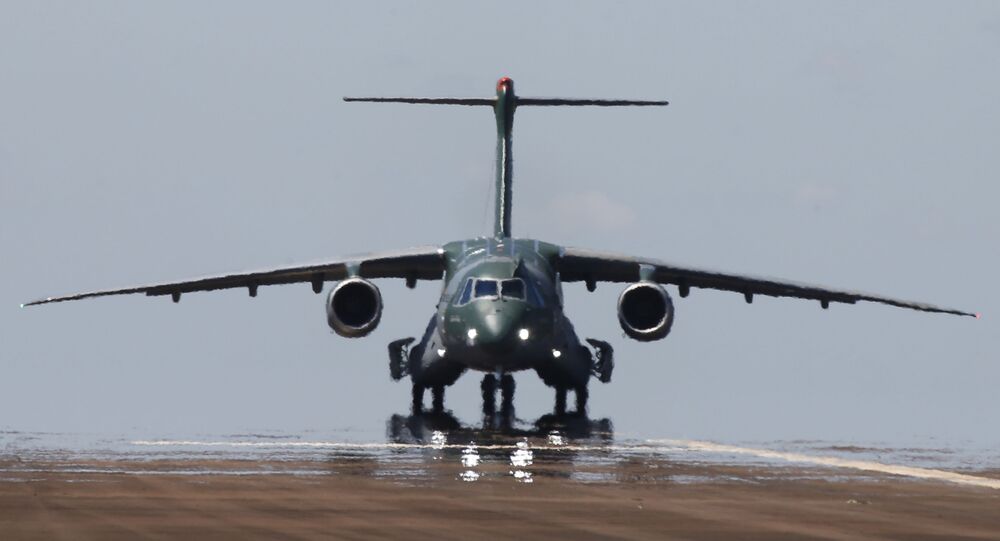 The Brazilian Air Force already visited the Yuma Proving Ground (YPG) in the US a month ago to run a series of low-altitude cargo extraction tests as part of a certification process for their new cargo plane.

The Brazilian military’s brand new multi-functional twin-engine cargo plane, Embraer KC-390, will be tested by the country's air force at the US military's biggest range - Yuma Proving Ground (YPG). The plane has been in development since 2009 and is scheduled for introduction into the Brazilian Air Force in 2019, but before that happens, the KC-390 must be certified.

It has already gone through basic certification and now must be cleared to perform military missions through the tests at the YPG. Specifically, the Embraer KC-390's capabilities to carry out airdrops of military equipment will be verified at the Yuma range. YPG personnel will be assisting in those tests by rigging payloads, packing parachutes and helping to collect instrumentation, and video data.

Roberto Becker, the chief flight test engineer for Embraer, is confident of the KC-390's performance at the YPG.

This is not the first time the Embraer KC-390 has visited the YPG. In May the plane conducted a series of low-altitude cargo extraction tests at the same range, allegedly as part of its certification process.

Caracas on Statements on Country's Future by US, Brazilian Leaders: 'Dangerous'