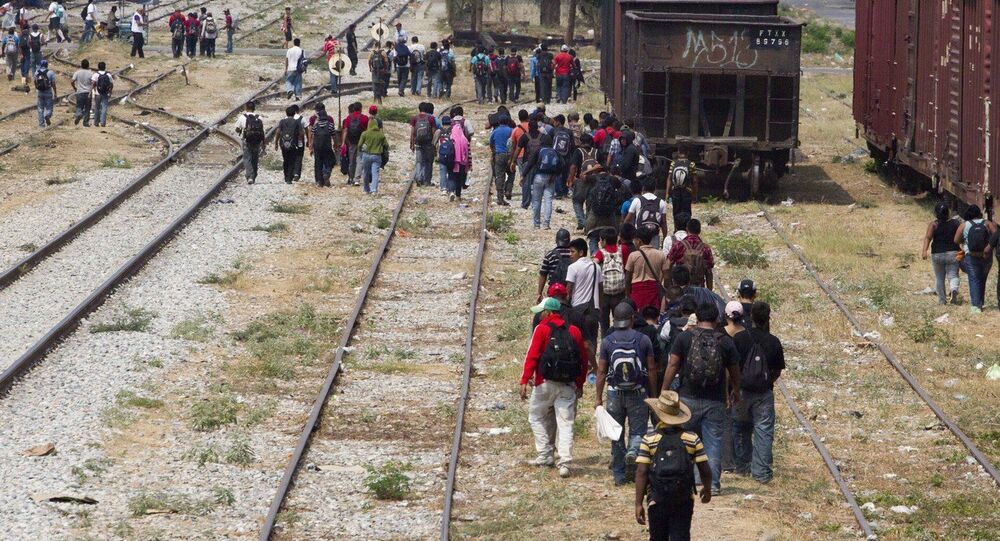 Large sections of the US-Mexico border have no barrier or are reinforced with anti-vehicle devices, allowing pedestrians to easily cross. This vulnerability was the culprit of an alleged Daesh plan to conduct a mass attack against the US using smuggled English-speaking fighters.

Daesh, a terror group outlawed in many countries, planned to use Western nationals and English-speakers to conduct attacks against the US by sending them through the US-Mexico border, according to the testimony of a captured Daesh member, as reported by a study from the International Center for the Study of Violent Extremism (ICSVE), published in Homeland Security Today.

A Canadian man with dual citizenship from Trinidad identified only as Abu Henricki al Canadi (Father of Henry from Canada), disclosed that he traveled to Syria and joined the ranks of Daesh fighters, but was removed from active duty due to chronic illness. In 2016, however, he claimed that a Daesh intelligence wing approached him and "invited" him to join a group of other Trinidadians on a mission to infiltrate the US.

© REUTERS / Esam Omran Al-Fetori
Daesh Claims Responsibility For Two Car Bombs at Libya's Eastern Forces Camp - Report
According to ‘Canadi', the group would be tasked with infiltrating various financially-sensitive institutions including US banks and companies for the purpose of conducting attacks on the US financial system as a means to "cripple the US economy."

To get into the country, the Trinidadians were to be shipped to Puerto Rico, then Mexico, at which point they would enter the mainland US through the porous US-Mexico border.

Canadi claimed he opted out of the mission and was thrown into a Daesh prison in Manbij and tortured. He also claimed to have taken part in an SDF assault on Baghouz earlier this year, but surrendered to advancing forces.

"We often hear about terrorists trying to enter the southern border in political debate, but I rarely have come across a real case," noted Anne Speckhard, ICSVE director and adjunct associate professor at Georgetown University.

"It surprised me to hear this was a real plot by ISIS to exploit our southern border," she added. "That's concerning, of course."

Speckhard observed that since Daesh orchestrated plots using members who were returning to Europe, it was entirely plausible that the group had attempted a similar operation in the US.

"The issue that makes a North American attack harder is [that] the travel is more difficult from Syria," she said.

© AFP 2021 / JESUS BLASCO DE AVELLANEDA
Moroccan National Security Forces Detain Daesh Terror Plotters - Statement
What made Canadi an asset to the mission was that, according to his testimony, he was not known to be an acting member of Daesh.

"So the idea that they would instead use people who were not known to their own governments as having joined Daesh might make it possible for them to board airplanes," Speckhard asserted.

Governance, risk, and practice lead Alex Hamerstone at the global security firm TrustedSec said in an interview with Fox News that the Daesh insider plot could have been very damaging — had it been successful.

"Think about what an insider in IT aligned with terrorists could do," he warned.

"What's really scary to think about is that an insider can do almost anything to a company. There are very few limits on the type of damage a rogue employee could cause."

Daesh is a terror group outlawed in Russia and many other countries.

Mexico to Deploy 6,000 Troops to Guatemalan Border Under Migration Deal

US Troops Arrive in Guatemala to Boost Border Security - Minister