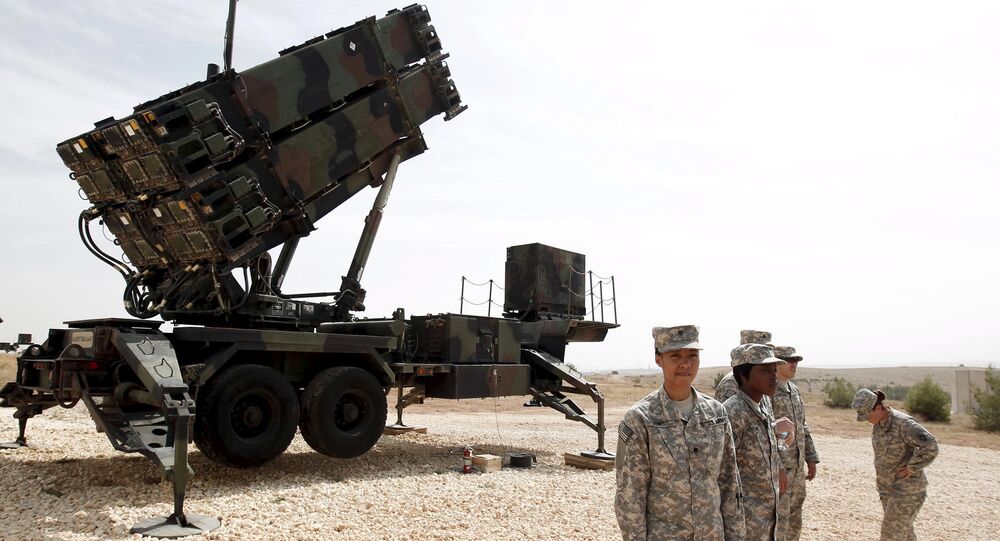 Last week, the Pentagon reiterated its concerns over Ankara's purchase of the Russian-made S-400 air defence system, with a senior DoD official saying the completion of the S-400 deal would be "devastating, not only to the F-35 programme", but for "Turkish interoperability with NATO" as well.

Turkish President Recep Tayyip Erdogan said Tuesday that there was now no way Ankara would backtrack from its deal with Russia on purchasing the S-400.

"There is a certain step that we took, there is an agreement here [with Russia] and we are committed to it. It is out of the question for us to take a step back", Erdogan said, according to Reuters.

Erdogan added that the recent US offer to sell Turkey its Patriot PAC-3 air defence platform simply wasn't as good as the Russian offer. "Unfortunately, the US side has not given us an offer as good as the S-400s", he said, noting that discussions with the US were ongoing.

© Photo : Department of information support of the Baltic region
US Threat to India on S-400 Purchase Has Turkish Link - ORF Analyst
The Turkish president also noted that Ankara remained ready to set up an expert working group with Washington to allay US concerns about the S-400s and the supposed threats they pose to the US's F-35 fifth-generation fighter jets. He did not comment on the US response to Turkey's proposal.

Also Tuesday, Kremlin spokesman Dmitry Peskov said that Turkey was free to discuss the S-400 deal "with any third state" and was "not obliged to notify [Russia]" about such talks.

Last week, Acting US Defence Secretary Patrick Shanahan said he was unaware of any plans to create a joint working group on the S-400s. "The S-400 is designed to shoot down the F-35. They are natural enemies, that's the fundamental reason [Turkey shouldn't buy them]", Shanahan said.

On Thursday, Acting Assistant Secretary of Defence for International Security Affairs Kathryn Wheelbarger warned the delivery of S-400s to Turkey would be "devastating", adding that it would be "inconceivable to imagine Russia not taking advantage" of opportunities to collect information on US and NATO systems including the F-35.

Washington has reportedly given Ankara until the end of the week to abandon the S-400 deal or face penalties that may include everything from sanctions to blocking delivery of Turkey's F-35 jets.

© CC0
Turkey Fulfilling Commitments Under F-35 Fighter Jet Program Despite US Threats
Russia and Turkey penned the S-400 contract in December 2017, with Russia to delivery four battalion sets-worth of the air defence system to Ankara in exchange for the equivalent of about $2.5 billion. Washington proposed selling a party of Patriot air defence systems to Turkey in place of the S-400s for $3.5 billion, but Turkey refused, indicating that it might still buy Patriots, but not in place of its S-400s.

Once deliveries start in July, Turkey will be just the fourth country in the world to possess the S-400, which is designed to stop enemy aircraft, drones, cruise, and ballistic missiles. The system is currently the most advanced mobile air defence platform in Russia's arsenal.

Pentagon: Turkey’s S-400 Acquisition to Be Devastating to F-35 Programme

Iran Asked Russia to Sell S-400 But Was Refused - Report