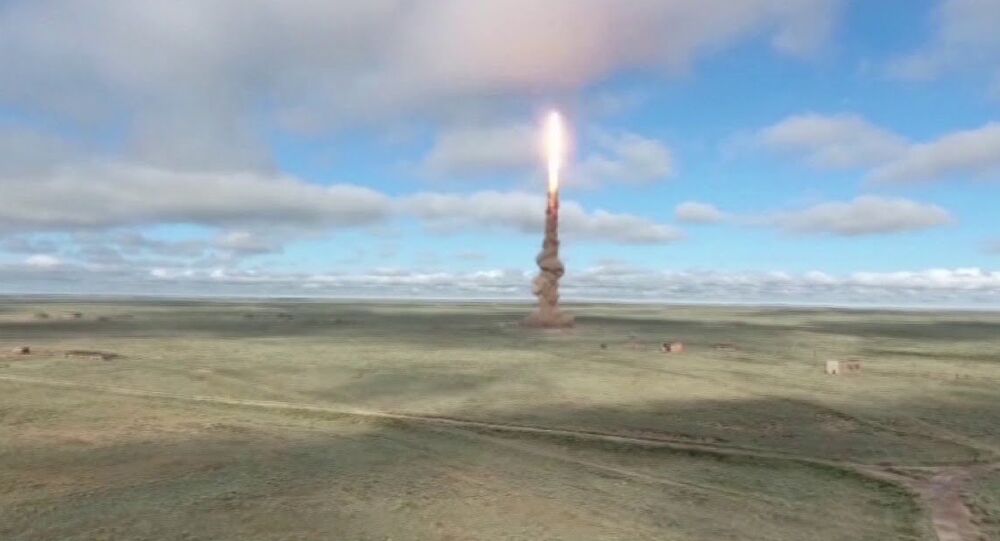 The defence ministry has remained mum on the nature and specifications of the new weapon, only confirming that the test was successful.

A new video released Tuesday by the defence ministry shows the test firing of an unnamed "modernised missile of the Russian ABM [Anti-Ballistic Missile] system".

The footage, shot at the Sary-Shagan test site in Kazakhstan, shows the missile blasting off at blistering speed. It's not clear whether the video was sped up, perhaps to hide some of the missile's secret characteristics, or if it was its real-time speed.

Zvezda, the defence ministry's official television channel, has revealed more information about the test launch, releasing a video of over two minutes showing the missile as it was transported to the test site, transferred to a special hauler, placed it into an underground missile silo and deployed to launch position.

The rocket's size and weight characteristics gleaned from the second video seems to reject theories on social media that the test missile was an S-500, with some internet users speculating that it was in fact an upgraded A-135 anti-ballistic missile, a defensive system designed to intercept various classes of enemy nuclear warheads, but also various other airborne targets if necessary.

© Sputnik / Aleksandr Vilf
Trump Will Not Make Decision on Extending New START Treaty With Russia Until 2020 - Aide
Col. Vladimir Sergienko, deputy commander of Russia's anti-missile defence, confirmed to Zvezda that the Aerospace Forces had "successfully conducted a new test launch of a new rocket for the Russian system of anti-missile defence", but did not offer any more details.

Moscow has expressed concern over recent changes in US nuclear policy, particularly after Washington began the process of withdrawing from the 1987 Intermediate-Range Nuclear Forces Treaty earlier this year and reportedly declined to negotiate the future of the New Strategic Arms Reduction Treaty. Earlier, Russia expressed worry over the US deployment of components of its anti-missile shield in Poland and Romania, saying that these defensive systems could easily be converted to carry offensive strategic arms. In February, President Vladimir Putin warned that if Washington went ahead with the deployment of new short and medium-range missiles in Europe after withdrawing from the INF, Russia would be "forced to respond accordingly to restore the global strategic balance".