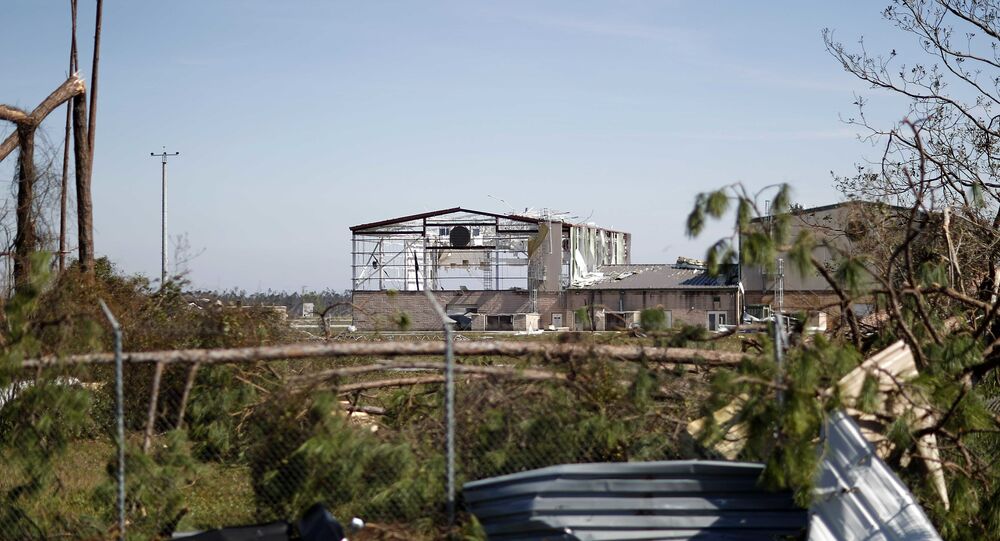 Tyndall Air Force Base, the main training facility for US F-22 Raptor pilots, in Panama City, Florida, is still “very much in recovery mode” following extensive damaged by Category 5 Hurricane Michael in October 2018, Colonel Brian Laidlaw revealed in a recent interview with NPR.

"When you walked out of one building, certainly every direction that you would look, you see destruction. Debris was everywhere. All the roads were blocked — mostly trees, in some cases power lines. So the initial reaction walking around was, this is a big deal," Laidlaw told NPR for an article published Friday, describing the damage inflicted by the hurricane.

The hurricane damaged the drone runway, Air Force Civil Engineer Center laboratories, training venues and the local elementary school, Sputnik previously reported. The F-22 stealth fighters and other aircraft stationed at the base were flown to safety before the storm.

"I would say in many ways we are still very much in recovery mode. We've been very judicious about how we spend the resources that we have. As you drive around the base, you'll see a lot of temporary roofs — 12- to 24-month roofs," Laidlaw continued. Fire department members and other personnel are currently living in modular homes at the base.

Last month, during a campaign rally in Panama City Beach, Florida, US President Donald Trump promised that the Tyndall Air Force Base would be rebuilt after Hurricane Michael inflicted extensive damage to it. During the rally, Trump also said that federal reimbursement levels for recovery efforts at the base will increase from 75% to 90% "in many circumstances," WJHG Newschannel 7 reported.

"We will never, ever leave your side," Trump said at the time, also noting that $448 million had been approved by the administration for housing recovery assistance. "We've already given you billions of dollars, and there is a lot more coming."

According to Panama City Mayor Greg Brudnicki, the promise of additional federal funding for the Air Force Base is "promising," WJHG reported.