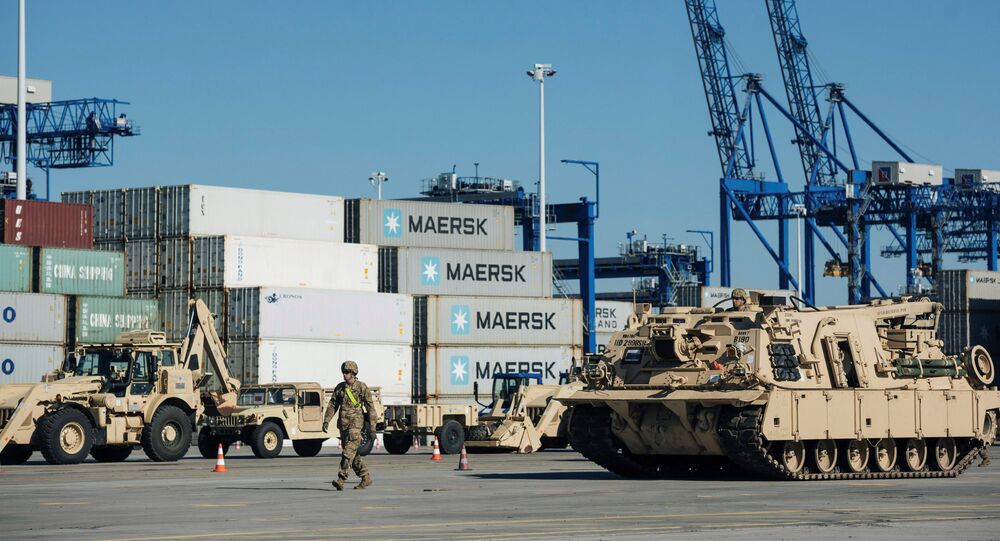 MOSCOW (Sputnik) – The United States and Poland are close to inking a deal on increasing the number of US troops stationed in the Eastern European country by at least 1,000 people, media reported.

On Friday, the Financial Times reported, citing people familiar with the matter that the agreement might be signed during Polish President Andrzej Duda’s visit to the United States, planned for June 12.

The outlet added that the move would be accompanied by enhancing the capabilities of the forces, adding a special forces unit and a joint training site.

© AP Photo / Czarek Sokolowski
Increasing US Troop Presence in Poland Will Violate Russia-NATO Act - Lavrov
Poland currently hosts around 4,500 US troops, deployed as part of a NATO mission in the wake of Crimea's reunification with Russia in 2014.

During Duda's visit to Washington in September 2018, US President Donald Trump announced that the United States was considering establishing a permanent military base in Poland. The Polish president offered to pay around $2 billion of the total costs and suggested that the base be named Fort Trump.

Western politicians, especially those from the Baltic States and Poland, have repeatedly stated that Russia allegedly constitutes a threat to their security. At the same time, Russia has repeatedly stressed that it will never attack any NATO country. According to Russian Foreign Minister Sergei Lavrov, NATO is well aware of the absence of Moscow’s plans to attack anyone and simply uses the alleged threat as a pretext to deploy more equipment and troops near Russia's borders.