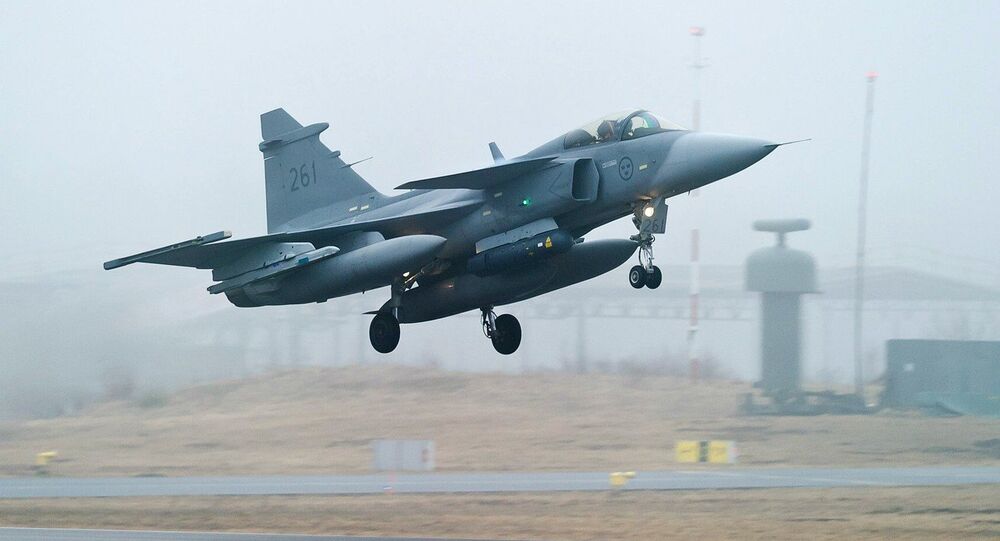 The Swedish government has unleashed a series of attacks against Hungary over its resistance to multiculturalism, perceived lack of feminism, and political correctness.

Hungary is considering scrapping its lease agreement for Jas 39 Gripen and replacing the 14 Swedish fighter jets with US-made F-35, which may cost Sweden billions of kronor and thousands of job opportunities, the Swedish news outlet Fria Tider reported.

The bilateral lease agreement is now at stake over Sweden's "constant smear campaign" against the Hungarian government. Specifically, Hungary is considering replacing the lease agreement with a $1 billion deal with US firm Lockheed Martin. The choice is between the latest model of the F-16 or the fifth generation F-35. Sweden's future on the Hungarian defence market currently looks gloomy.

"The Swedes have been digging their own grave with their many anti-Hungarian attacks. It is conceivable that we are buying F-35s instead", a senior Hungarian government official told the Hungarian news outlet Direkt36 referring to the Gripens and the frequent criticism coming from the Swedish government regarding the rule of law and human rights in Hungary.

Sweden recently waded into a war of words with Hungary, as Social Minister Annika Strandhäll likened Hungary's family policy, where tax relief is provided to families with many children, to Nazism. Strandhäll tweeted that this policy "reeked of the 1930s". Following the incident, the Hungarian government summoned Sweden's Budapest Ambassador Niclas Trouvé in protest against the Swedish government's comparison between Hitler's Germany and Hungary.

Swedish Prime Minister Stefan Löfven has also contributed to the souring of Hungarian-Swedish relations by repeated criticism of Budapest's reluctance to accept mass immigration. Recently, Löfven has threatened to strangle the flow of EU support to Hungary and Poland for "violating the EU's basic values" and refusing to accept refugees. Löfven also suggested that the democratic rights in Hungary were "limited".

Even the Swedish opposition has been highly critical of Hungary. In February, Moderate party leader Ulf Kristersson took the initiative to exclude the Hungarian government party Fidesz from the EU party group EPP in an opinion piece in Aftonbladet. Among other things, he accused the Hungarian government of anti-Semitism for criticising billionaire George Soros' involvement in immigration politics.

Meanwhile, the Swedish mainstream media have been constantly attacking Hungary for "undemocratic", "authoritarian" and even "dictatorial" ways, "right-wing populism" and "xenophobia".

The Jas Gripen is Saab' top-tier fighter jet, which Sweden is pinning its export hopes on. Gripen C/D fighters are currently in service with two NATO-members nations, the Czech Republic and Hungary, as well as South Africa and Thailand. According to Fria Tider, since its inception in 1982, the Jas project has cost SEK 200 billion. Hungary's departure from the cooperation would deepen the dent.