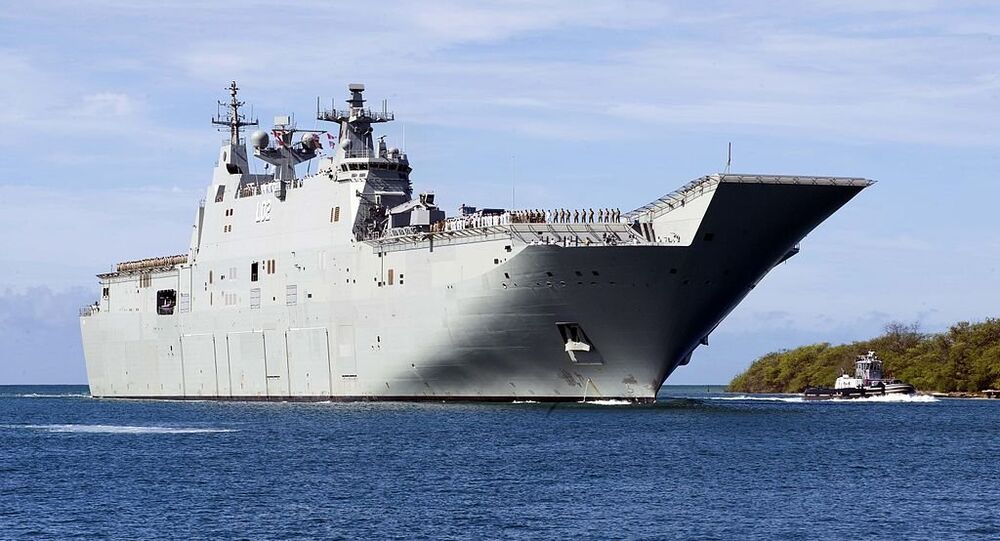 Earlier in the week, a Royal Australian Navy helicopter pilot said, as quoted by the Associated Press, that he had been hit by a laser during the Indo-Pacific Endeavour 2019 in the disputed South China Sea.

Air Commodore Richard Owen told ABC broadcaster on Tuesday that a warship of the Australian Task Group was followed closely by the Chinese military.

"It is controversial, we were quite aware of that. We transited north and south through the South China Sea in international waters and we were engaged, as we normally are, by other navies. They'll want to know who we are, where we're going and what our intentions are, and the Chinese were no different — they were friendly, they were professional", the military official said.

Beijing, however, has yet to comment on the claim.

On Tuesday, the Associated Press reported that a Royal Australian Navy helicopter pilot was hit by a laser in the South China Sea, with an eyewitness claiming others were targeted as well.

© CC0
Australian Navy Pilots Hit by Lasers During South China Sea Drills - Reports
The South China Sea is a major transit route which is also rich in fishing stocks. The territory is a hotspot of disagreement between China and a number of other regional countries — Japan, Vietnam, and the Philippines.

Australia doesn't have claims on the disputed territory, though it insists that all nations should have free access to the area.

The Scarborough Shoal, along with the nearby Spratly and Paracel archipelagos, which are also disputed by China and the Philippines, is reportedly rich in hydrocarbons.