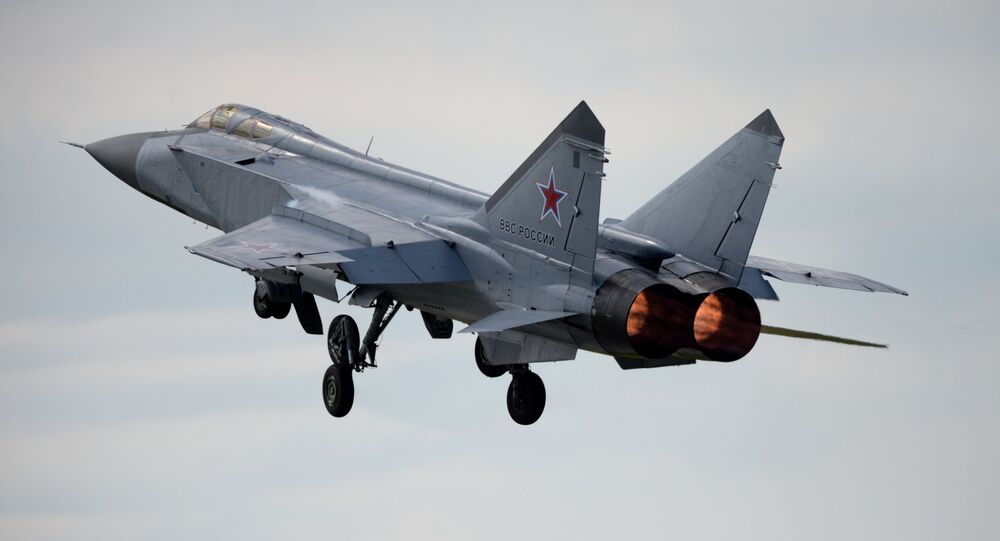 The MiG-31 hypersonic interceptor jet was developed back in 1975 in the USSR to engage aerial threats flying at altitudes ranging from ultra-low to ultra-high. It was specifically designed to intercept cruise missiles, US B-1 bombers, and even low orbit satellites.

The Russian Defence Ministry’s TV channel Zvezda has shown rare footage of a MiG-31(NATO reporting name “Foxhound”) hypersonic jet crossing the Armstrong limit (59,000-62,000 feet or 18,900-19,350 metres) and reaching near space, or the mesosphere, at an altitude of 21,500 metres. According to the plane's specifications, it is capable of flying even higher, up to 25,000 metres.

Flights at such heights result in major vibrations that shake the jet's body, with only those specially designed for such heights capable of withstanding the associated stress loads without falling apart. The MiG-31, which can reach those altitudes in 9 to 18 minutes, was designed to not only survive there, but also effectively operate. The interceptor is capable of downing high-altitude balloons and low altitude orbital spacecraft.

Mikoyan’s MiG-31 was designed in 1975 and adopted by the USSR Air Force in 1981, and remains in service to this day. It can reach hypersonic speeds of approximately Mach 3 and has a combat radius of up to 1,450 kilometres. It is expected to be replaced by a newer model that is reportedly under development by 2025.

MiG-31 Aircraft Caught on Fire in Russia's Permsky Krai, No Ammunition Onboard