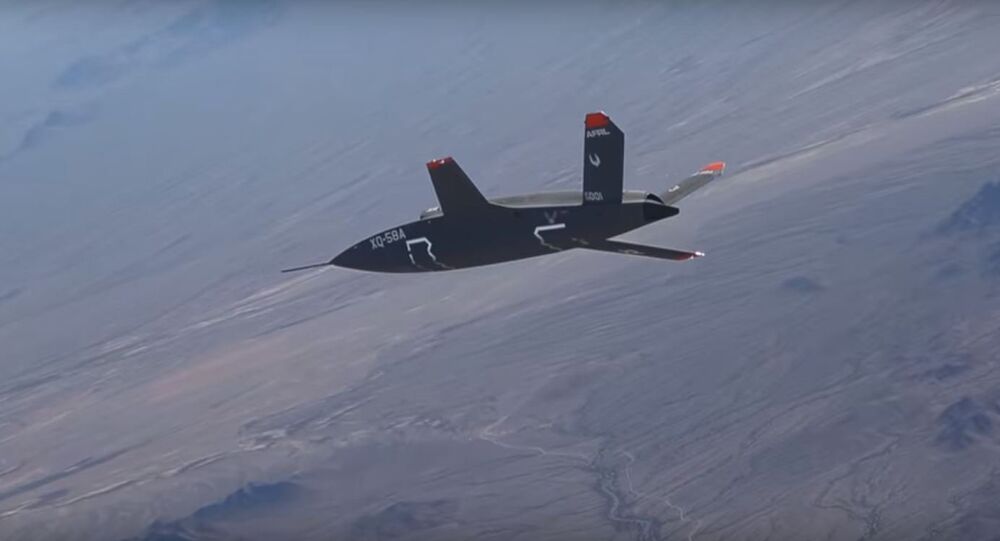 Under the so-called Skyborg prototype programme, drones are expected to be connected to manned fighters to assist pilots during missions. When the American fighter pilots get their own Star Wars’ R2-D2s, it could “open up the door for an entirely different way to do aerial combat”, the US Air Force has revealed.

Both Lockheed Martin’s F-35 and Boeing’s F-15EX fighter jets could be teamed with drone sidekicks in the coming years, Defense News reports, citing the US Air Force head of acquisition, technology and logistics Will Roper. According to the report, the military researcher is studying ways to connect the latest generation jets to Kratos Defence’s low-range XQ-58 Valkyrie stealth air vehicles or similar fighters, while the officials are discussing the matter with the two airspace corporations.

Earlier this month, he revealed that Valkyrie drones would be geared with new sensors and payloads as well as connected to piloted jets under a prototype programme called Skyborg. The official in charge of the Air Force’s new technologies referred to this project as an AI (artificial intelligence) sidekick that could learn alongside pilots or be networked in a cockpit to assist them as some kind of Star Wars’ R2-D2.

The stealthy XQ-58A Valkyrie demonstrator, developed by the Air Force Research Laboratory with Kratos Unmanned Aerial Systems, had its inaugural flight on 5 March at the Yuma Proving Ground in Arizona.

One of the advantages of the XQ-58A Valkyrie, designed to escort fighters during combat missions, is its low cost, the US Air Force reported. The range of the subsonic drone is estimated at 3,000 kilometres. The drone is reportedly capable of carrying a radar or two small bombs. According to Roper, each will cost “a couple million bucks” which is significantly cheaper than the price of each $80-million-jet.

The outlet cites a solicitation, saying that an “autonomous airborne system experimental campaign” is planned for the 2019/2020 fiscal years. Such drones, expected to be ready by 2023, could “open up the door for an entirely different way to do aerial combat”, the US official noted.

“We can take risk with some systems to keep others safer. We can separate the sensor and the shooter. Right now they’re collocated on a single platform with a person in it. In the future, we can separate them out, put sensors ahead of shooters, put our manned systems behind the unmanned”, Roper revealed.