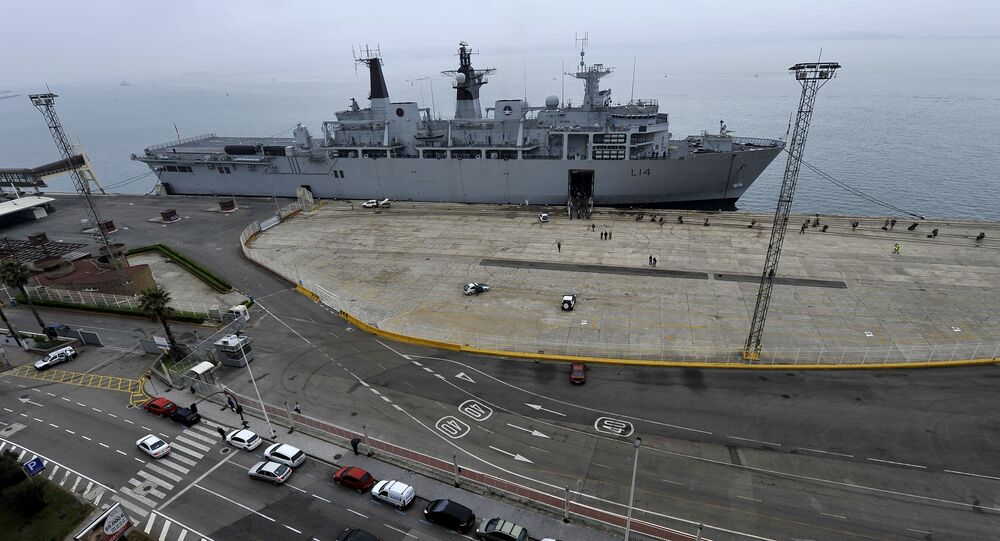 The British Defence Ministry said last month that the multinational war games, dubbed Baltic Protector, underlined the "importance of protecting Europe at a time of increased threat" amid ongoing tensions with Russia.

The UK Royal Navy is spearheading its largest task group in over 15 years for a two-month-long mission, Baltic Protector, involving nearly 2,000 British personnel alongside roughly 1,000 sailors and troops from Estonia, Latvia, Lithuania, Denmark, Norway, Sweden, and the Netherlands.

"I am really proud of the work my team has completed to prepare HMS Albion for this unique and exciting deployment. This represents the largest UK-led operational deployment of a military force in Europe for decades and demonstrates our ability to react quickly and decisively to any crisis in the world", Captain Peter Laughton, the Commanding Officer of HMS Albion, said.

The so-called high-readiness Joint Expeditionary Force (JEF) stated that its mission can cover a wide range of tasks, including combat operations, detrrrence, or humanitarian support independently or in coordinartion with NATO, the United Nations, the EU, or the Northern Army Group.

The mission will kick off in the western Baltic before joining the US-led exercise Baltops, and then a NATO Maritime Group; after that, the task group will reportedly carry out amphibious operations within the eastern Baltic, on Russia's doorstep.

According to media reports citing the Royal Navy, the ships and landing forces will "conduct a series of raids" in the area.

© AFP 2021 / JUSTIN TALLIS
UK Foreign Sec. Urges 'Decisive' Boost in Defence Spending to Face Russia, China
The UK-led multinational task force has been deployed amid London's ongoing tensions with Moscow: Gavin Williamson, the now-disgraced ex-defence minister, announced last year that the UK was purchasing a squadron of US-made P-8 Poseidon surveillance aircraft to deter what he claimed was an "increasing threat" from Russia.

Relations between Russia and the UK hit an all-time low following the poisoning of former GRU operative Sergei Skripal and his daughter Yulia in the British city of Salisbury in March 2018.

Immediately after the incident, UK officials claimed that the two had been exposed to the Novichok nerve agent, and accused Moscow of being behind the attack — an allegation which Moscow has vehemently denied.

Despite Moscow's denial and offer to launch a joint investigation into the matter, London ordered the expulsion of dozens of Russian diplomats, prompting many other nations around the world to follow suit.