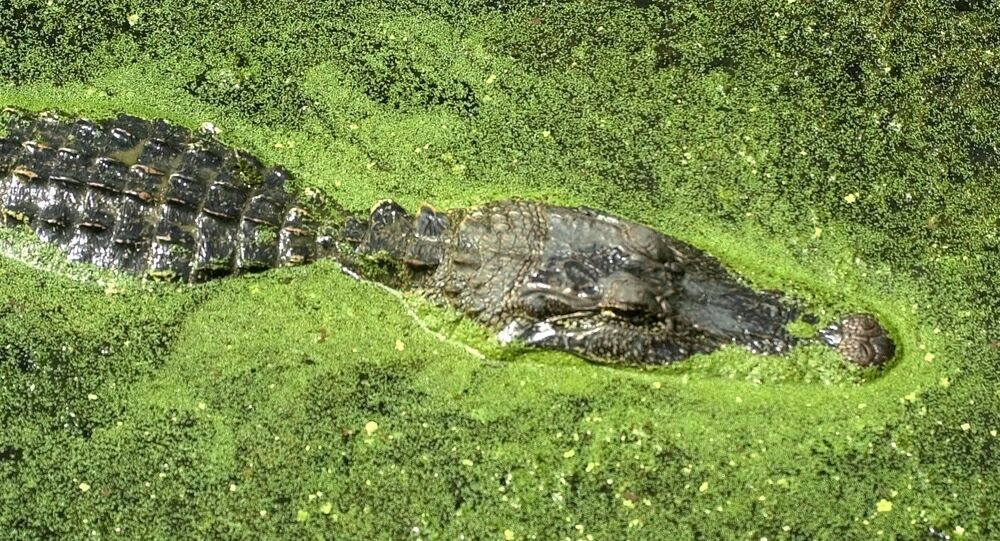 Officials at Florida's MacDill Air Force Base came upon a startling discovery this week, finding themselves face to face with a curious gator lounging about on the base's flight line, the area of an airfield where aircraft are parked and serviced.

The incident, which occurred on May 15, was promptly addressed by Kory McLellan, the base's wildlife manager. According to the Air Force Times, safety personnel called to the scene eventually coaxed the gator into the bucket of a front-end loader so that the unwanted guest could be relocated to a nearby body of water.

Making light of the issue, social media savvy officials at the base snapped a photo of the base intruder, posting it onto Facebook with the caption, "Your friendly, #TeamMacDill gator — preparing for take-off."

Base spokesperson 2nd Lt. Brandon Hanner told the Times that the gator was discovered early enough that no personnel or aircraft were nearby when the not-so-little fella was spotted. It is believed that the reptile wandered in from one of the three bodies of water that surround the base: the Old Tampa Bay, Tampa Bay and Hillsborough Bay.

This incident marked the first time that an alligator has appeared on the base's flight line within the last several years. It should be noted that the gator was not harmed during the relocation operation.

​In late 2018, cellphone footage surfaced showing a "monster"-sized gator walking about MacDill AFB's Bay Palms Golf Course. It was later confirmed by base officials that the reptilian visitor is well known on the base, and that some locals have given it the nickname "Elvis."