The US Marine Corps is reportedly keeping tabs on a new drone system that can be deployed from the back of an Osprey MV-22 so as to provide advanced reconnaissance of potential threats to the tiltrotor aircraft.

The system is called the Air-Launched Fast Autonomous Reconnaissance System (AFARS) and has a max range of 165 nautical miles, the Marine Corps Times reported, citing data obtained from officials with the Marine Corps Warfighting Lab. 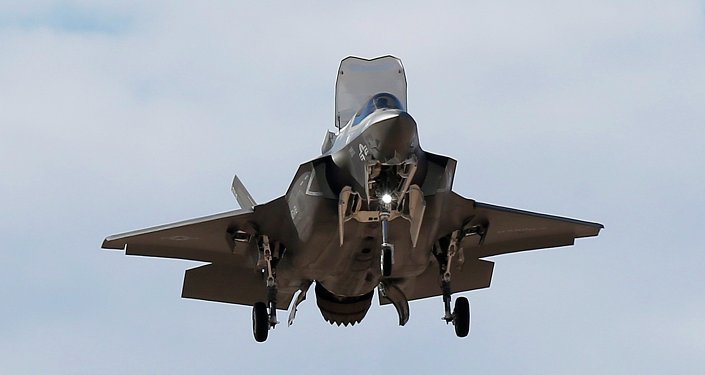 © AP Photo / Ross D. Franklin
Bird Strike Causes Millions of Dollars in Damage to US Marines' F-35 in Japan
As for the drone itself, it measures in at six feet long, can fly at an altitude of roughly 25,000 feet and can carry a maximum payload of 4.4 pounds.

"The AFARS system can maintain a line-of-sight data link capability within a 50 nautical mile radius, providing pilots potentially lifesaving intelligence of ground based threats miles before the crew reaches their target destination," the Times report explains, also noting that the drone can be launched within a "100 nautical mile range with a 10 minute loiter time on station."

The advanced drone system is part of the service's latest move to address the aircraft's vulnerabilities, according to the publication, which reported that the military branch had previously attempted to bulk up the Osprey's capabilities by fitting it with a new weapons system before that project was dropped.

And yet, this drone project isn't the only one that the Corps is eying at the moment. The service is also still very much interested in its ship-launched sea drone, known as the MUX, which is reportedly in its early stages of research and development.

That drone system isn't expected to be fielded until at least fiscal year 2026, Lt. Gen. Steven Rudder, the Marine Corps deputy commandant for aviation, told USNI News. According to Rudder, the service is still evaluating the project and trying to figure just what missions the MUX system could be used for.

"We'd like to have the same time on station as other platforms," Rudder said. "We're still working on the physics of operating off the deck of a ship."

However, officials with the Corps have indicated that they would like for MUX to have a range of 350 nautical miles and "be able to fly at about 200 knots," USNI reported.

Per the Times, officials requested some $21.6 million for the MUX program in the service's fiscal year 2020 budget submission. Capt. Christopher Harrison, a Marine spokesperson, told the outlet that the funding is meant to further the "technical concept maturation and experimentation for MUX."