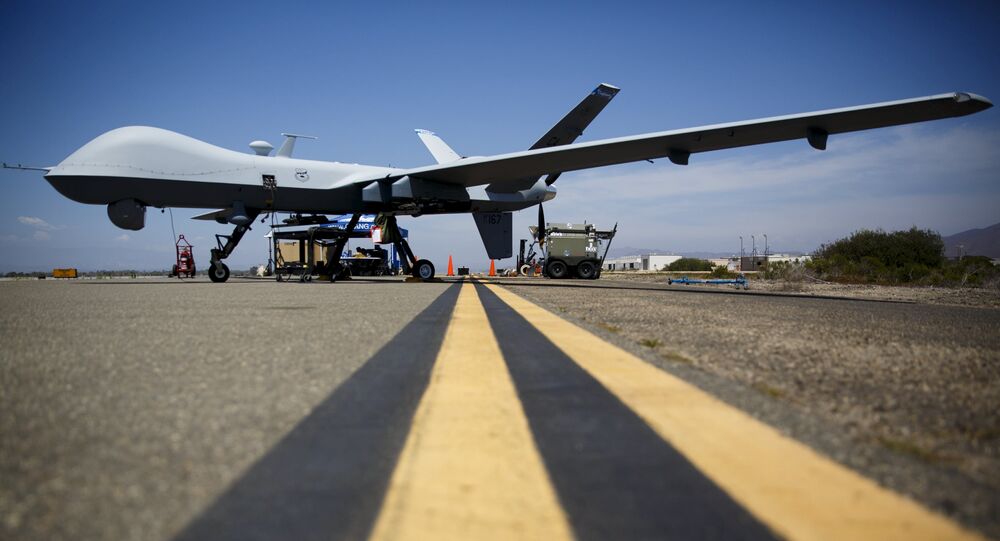 India had plans to purchase 22 Sea Guardian drones for the navy, valued at around $2 billion. Instead, it will be around 12 such drones according to the new proposal, as the ministry wants to maximise the utilisation of the limited financial resources available to it, the source added.

New Delhi (Sputnik): The Indian Defence Ministry will soon approve the purchase of American Sea Guardian unmanned aerial vehicles (UAV) and MQ-9 Reapers for the country's armed forces, but the number of purchase will be less than what was originally planned last year.

Government sources have revealed that a formal document will soon be issued to the US in this regard, after Washington has sent the "price and availability" details for Sea Guardian, which can carry out long-endurance, high-altitude surveillance, as well as carry Hellfire air-to-surface missiles, advanced marine avionics, and laser-guided bombs.

On 17 June, 2016, the Indian Defence Ministry sent a letter of request (LoR) to the US seeking to purchase 22 MQ-9 Predator B Guardian maritime patrol remotely piloted vehicles from General Atomics for protection and vigilance of its maritime assets in the Indian Ocean.

However, the Indian ministry will also ask for a non-maritime version for the army and air force.

© CC BY-SA 3.0 / Alan Radecki Akradecki / PW610F turbofan engine
India to Flight Test First Subsonic Engines For Military Drones
The Guardian is the maritime variant of the Predator B. It is fitted with a Raytheon SeaVue multimode maritime radar under its belly that provides wide-area intelligence and surveillance.

The deal was put on hold during the last two years, as India did not sign the communication framework. However, the two countries have expedited the negotiation since last September, when India signed the Communications Compatibility and Security Agreement (COMCASA), which, according to the joint statement released after the meetings, "will facilitate access to advanced defence systems and enable India to optimally utilize its existing U.S.-origin platforms".

Dr Subhash Bhamre, India's minister of state for defence, informed the Indian Parliament on 20 December 2017 that: "A request for Information (RFI) for Predator ‘B' Sea Guardian was issued to the US Office of Defence Cooperation on November 14 and the response is awaited".

He also informed that the deal does not involve a transfer of critical technology to India.