US-based defense contractor Raytheon recently announced that the US Marine Corps is looking to bulk up its arsenal by enlisting the Naval Strike Missile (NSM) through a $47.59 million agreement.

The major defense contractor made the announcement this week at a Washington, DC, event during the Navy League's Sea-Air-Space conference, according to Military.com. The hefty deal was made in agreement with the Marine Corps System Command as part of the service's 2018 modernization efforts.

The NSM, which is a projectile developed by Norway and its defense leader Kongsberg, is an anti-ship and land-attack missile. It weighs about 880 pounds and has an operational range of at least 100 nautical miles. 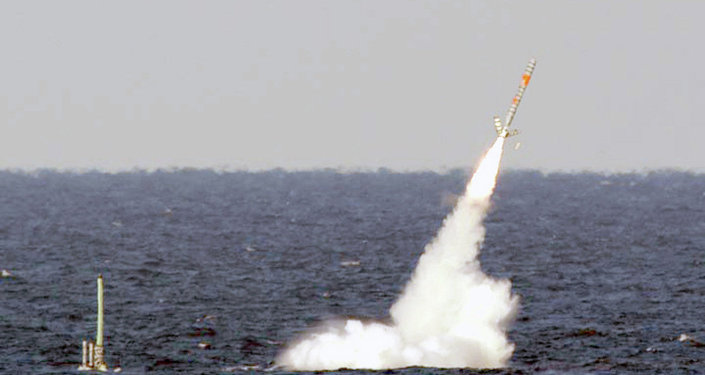 Manny Pacheco, spokesperson for the Marine Corps System Command, told Military.com that the corps intends to integrate the NSM system onto its land-based vehicles over the next several years.

"What the [agreement] is going to allow us to do is take that capability, put it on certain vehicle platforms to see what it can do," Pacheco said. "[The Marine Corps wants] to do a variety of test demonstrations on the capability."

The official noted that the service has yet to choose vehicles for the job, and that details regarding the project's timeline would somewhat depend on the service's vehicle selections.

This deal follows a 2018 contract between the US Navy and Raytheon to manufacture and deliver the NSM system as the service's over-the-horizon weapon system for littoral combat ships and future frigates. Officials have indicated that the latest deal "reduces costs and logistical burdens."

"We are very pleased to expand the user community," Eirik Lie, president of Kongsberg Defence & Aerospace AS, said in a statement. "The NSM is now selected by the US Navy and Marine Corps, Norwegian, Polish and Malaysian Navies from both ships and land-based coastal defence."

"It is an off-the-shelf and non-developmental 5th generation strike missile system that can be rapidly deployed for operational use," he added.

Kim Ernzen, vice president of Raytheon Air Warfare Systems, noted in a release that missile "adds another dimension for sea control operations and for protections from adversary warships."

Last year, officials with the US Army Pacific experimented with the NSM system during the 2018 Rim of the Pacific Exercises, USNI News reported. At the time of the demonstration, the missile was fired off from a M142 High Mobility Artillery Rocket System, with its intended target being a decommissioned ship.