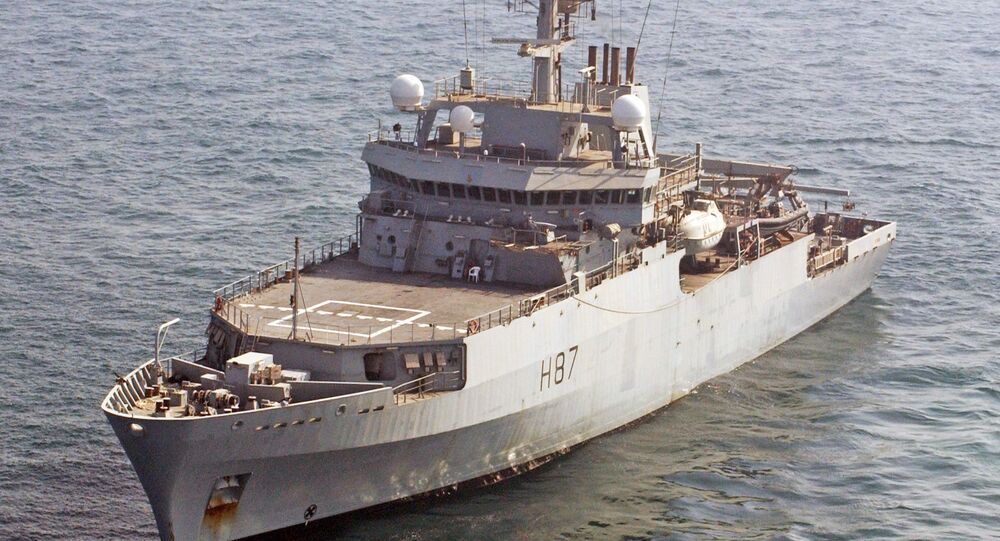 KIEV (Sputnik) - Ukraine's Pryluky missile boat and the Echo hydrographic survey ship of the UK Royal Navy have conducted joint military drills in the Black Sea, the press service of the Ukrainian Navy said on Friday.

"During their joint exercise, the Ukrainian missile boat and the UK ship completed tactical maneuvering tasks and air defense tasks and also conducted communication training in compliance with the NATO standards," the press service said.

A Mi-14 helicopter of the Ukrainian Naval Aviation also took part in the drills, according to the Ukrainian Navy. It covered the surface situation in the area of the exercise and also rehearsed search and rescue operations together with Pryluky and Echo.

© AFP 2020 / DANIEL MIHAILESCU
UK Royal Navy Reconnaissance Ship Enters Black Sea (PHOTOS)
The HMS Echo entered the Black Sea waters last month to take part in a freedom of navigation manoeuvre, according to the UK's authorities. In April, NATO conducted training in the region despite Russian warnings that the alliance's activities in the area heighten security risks there.

Russian Deputy Foreign Minister Alexander Grushko warned that increased NATO activities in the area heighten risks to security in the region, while the Russian Navy carried out its own exercise in response.