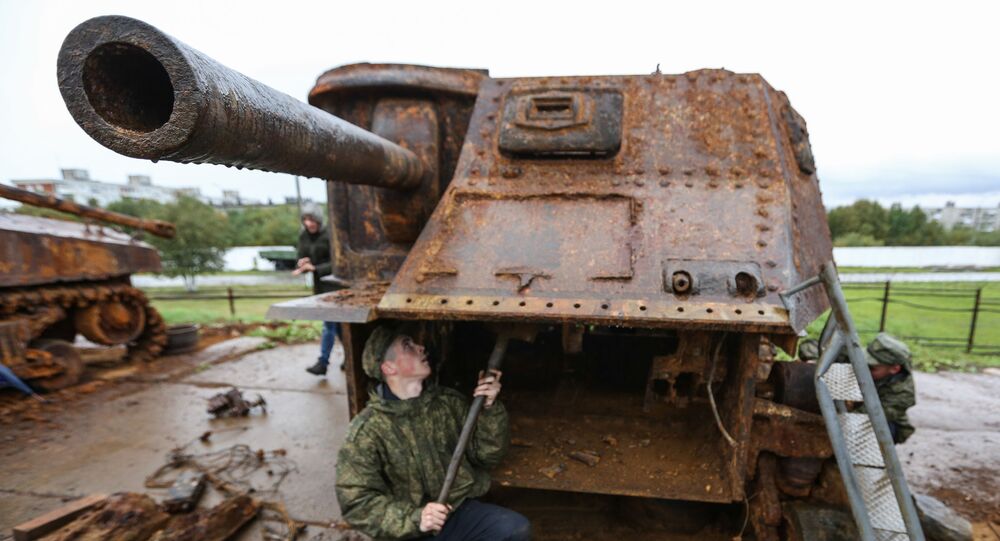 Cities across Russia marked the 74th anniversary of the Soviet victory in the Great Patriotic War of 1941-1945 on Thursday, with traditional military parades held in major Russian cities.

One of the tanks was an M3 Lee, recovered from the Barents Sea off northern Russia in July 2018 after spending decades some 50 metres below the sea surface near the Murmansk coast. The other was a Sherman, the Western Allies' main battle tank during World War 2. The US sent nearly 1,400 M3s and 4,100 Shermans to the USSR during the war. This was the M3's first-ever appearance at a Victory Day parade in the city.

After their discovery, the tanks were reassembled from scratch by servicemen from the Northern Fleet, who dismantled them, cleaned them of corrosion, mud and sediment, replaced any broken components, rebuilt and painted them, and restored their engines, tracks and weapons systems to full working order.

The M3 and Sherman joined over 830 troops and over 50 historical and modern vehicles and weapons systems which took part this year's parade in the northern Russian city. Other historical vehicles, including the legendary T-34 tank and Su-100 tank destroyer, VM-650 motorcycles, ZiS-5 trucks and GaZ-69 jeeps took part.

© Sputnik / Alexander Demiachuk
UK Veteran of Arctic Convoys Says 'Good to Have Russians as Allies'
Over 3,000 Allied seamen perished while making the highly treacherous journey to Murmansk during World War II as part of the Lend-Lease assistance program to the Soviet Union, with 101 supply ships and escorts, or about 7 percent of the total tonnage that was shipped, sent to the bottom of the sea by Nazi U-boats.

The Arctic convoys delivered much-needed tanks, fighter aircraft, fuel, ammunition and food, with the help proving particularly important during the siege of Leningrad. In return, the Soviets sent the Allies precious metals, ores, chemicals and timber.

All told, Lend-Lease accounted for nearly 5 percent of total Soviet wartime industrial output, undoubtedly helping to save countless Soviet lives and bringing the war to a speedier end.