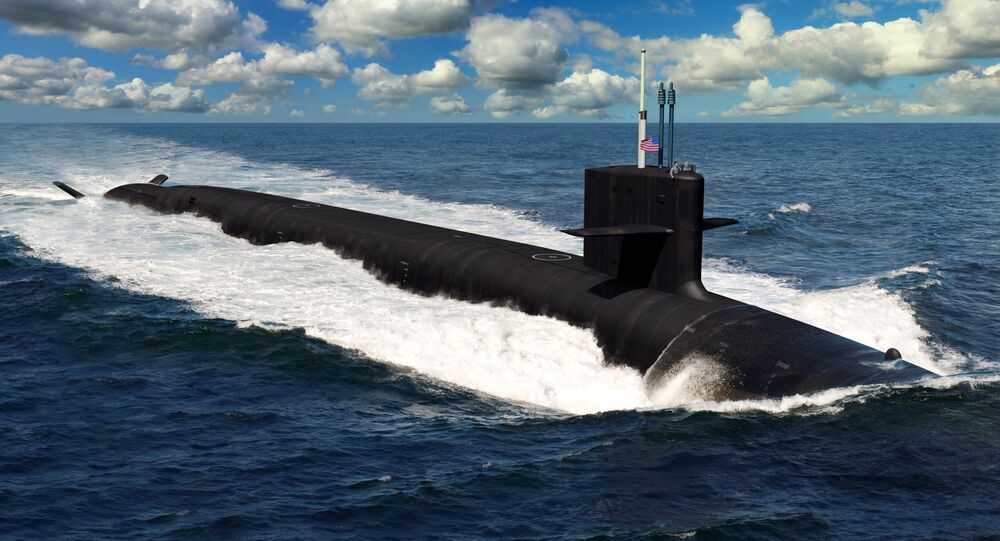 The US Navy is set to ramp up spending on its next generation of ballistic missile submarines, putting nearly $18 billion toward the program in the next four years. However, a government watchdog has also blasted the Navy’s cost estimates, calling them “overly optimistic.”

In a Selected Acquisition Report sent to Congress last month, the Pentagon said it hopes to ramp up spending on the Columbia-class submarine program from $2.3 billion in fiscal year 2020 to $4.3 billion in 2021, when construction of the first sub of the class is expected to begin (October 2020 would be in FY 2021). By FY 2024, the program would get over $5 billion per year, according to a Congressional Research Office report on the proposal.

"The funding is not a quantum boost, but merely an acceleration of modernization," Independent Institute Center for Peace and Freedom Director Ivan Eland told Sputnik Tuesday, noting that "other parts of the defense budget should be cut to accommodate this ballistic submarine funding boost, but will not be."

Eland told Sputnik the spending jump might be driven by a desire by the US to "enhance their bargaining position in… arms control negotiations."

"On the other hand, ballistic missile submarines are the greatest US deterrent to a potential Russian or Chinese nuclear strike," Eland noted. "The US force does probably need modernization. This force is less of a power projection force as opposed to a deterrent force."

The Navy hopes to replace its aging fleet of 14 Ohio-class ballistic missile submarines with 12 boats from the new Columbia-class, with the first being delivered by 2028. While the Navy has projected the costs to be roughly $115 billion, a Government Accountability Office (GAO) report last month criticized this estimate as "not accurate because it relies on overly optimistic" estimates of cost reductions.

The Navy awarded the detail design contract to General Dynamics Electric Boat in September 2017, which will be partnering with Huntington Ingalls Industries' Newport News Shipbuilding. However, the GAO criticized the Navy's "84-month construction schedule, which the Navy has acknowledged is aggressive."

While it acknowledges the Navy has learned from the disastrous Virginia-class submarine program, which saw the costs of that attack sub inflate by 21% due to beginning construction without having completed the boat's design, the GAO still says that even with 83% of design disclosures completed by the time the keel of USS Columbia is laid in October 2020, there remains the danger of delays piling up — delays that will increase labor costs.

With the Columbia slated to cost $6.2 billion, those costs could quickly add up. The GAO set the estimated cost of the program at $128 billion — 11.3% more than the Navy's projections.

"Since the shipbuilder began work on the detail design, it has generally met its overall goal of completing the arrangements on schedule. As detail design continues, however, the shipbuilder is transitioning from relatively simple designs for the hull to the more complex designs for the submarine's internal systems, increasing the pace needed to complete the remaining designs," the GAO wrote.

"Navy officials stated that design disclosures are generally considered the most challenging phase of design work, where the shipbuilder specifies the lowest-level items and defines all aspects of the submarine. The shipbuilder has to maintain this increased pace in order to achieve the design maturity goal by the start of lead submarine construction," the report continues. "However, the shipbuilder's design progress in completing disclosure products has fallen short of its plan in recent months as the planned pace and complexity of the design has increased."

Each boat is massive — 560 feet long and displacing over 20,000 tons of sea water — with a crew of roughly 155, according to the US Naval Institute, and can carry up to 16 nuclear-tipped ballistic missiles that it doesn't even have to surface in order to fire.