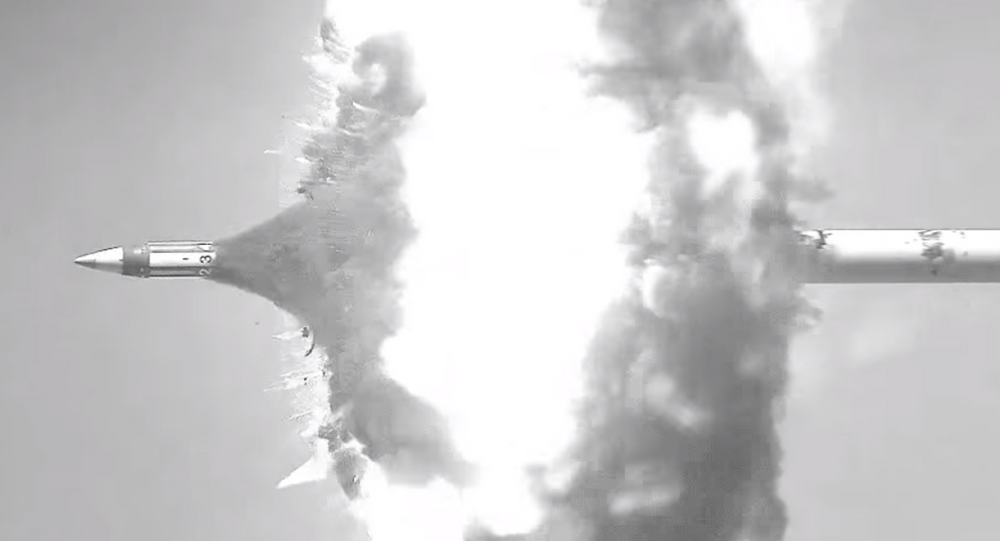 US-based defense contractor Raytheon revealed this week that the US Navy recently successfully completed a new round of munition test firings for its precision-guided Excalibur N5 projectile.

The Excalibur N5, which is a variant of the munitions used by the US Army and designed to be fired from the Navy's five-inch guns on destroyers, underwent testing in September 2018 at Arizona's Yuma Proving Ground to demonstrate its short, mid and long-range capabilities.

Sam Deneke, vice president of Raytheon Land Warfare Systems, said in a statement that the "Excalibur N5 answers the Navy's need for a sea-launched, precision-guided projectile," and that it "doubles the range of the Navy's big guns and delivers the same accuracy as the land-based version."

Co-developed by Raytheon and BAE Systems Bofors, the projectile can strike a target from a distance of about 40 kilometers, and with an accuracy inside two meters. The N5 munition was previously tested in September 2015, also at the Yuma Proving Ground.

At the time, Raytheon officials praised the projectile for its ability provide long-range offensive capabilities to the Navy, noting in a release that "it is expected to more than triple the maximum effective range of conventional naval gun munitions and deliver the same pinpoint accuracy of the Excalibur Ib."

​With the latest round of testing complete, John Hobday, senior manager for advanced programs with Raytheon Land Warfare Systems, told Military.com on Monday that the next step is up to the bigwigs in the US Navy.

"What comes next is the Navy deciding where their priorities lie," Hobday told the defense website. "It's a positive indicator that they have allowed us to release this information."

Raytheon's senior manager went on to explain that if the service decides to invest in the munition, costs would likely remain relatively steady at some $70,000 for each N5 round.

The defense contractor noted in a release that the Excalibur munition has been deployed on more than 1,400 occasions, and that the company has developed several other variants, including the laser-guided Excalibur S.