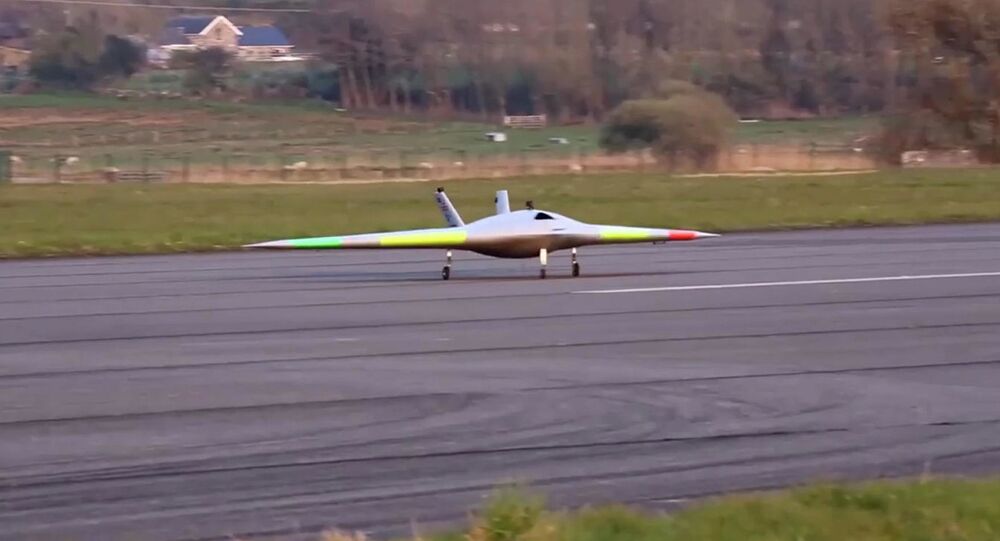 The aircraft, known as the MAGMA unmanned aerial vehicle, is capable of maneuvering without the traditional wing flaps found on aircraft through the use of air that's blown from its engine through special slots in its wings at supersonic speeds.

The prototype drone, developed by researchers from Manchester University with assistance from engineers at BAE Systems, was test-flown out of the Llanbedr Airport in northwest Wales.

In addition to its wing-based circulation controls, the titanium aircraft is said to have use 'fluidic thrust vectoring,' a technology concept developed by Manchester University researchers nearly two decades ago using blown air to deflect exhaust to allow for changes to be made to the aircraft's trajectory.

According to BAE Systems, the MAGMA design is lighter, cheaper and potentially more reliable than conventional aircraft designs, with the vehicle's smoothness, provided for by the lack of gaps and edges associated with flaps making it 'all but invisible' to enemy radar.

USAF / YouTube
WATCH US Show Off Highly Secretive Stealth Combat Drone
Bloomberg indicated that the aircraft and its technology could help with the development of the UK's Future Combat Air System project, the UK's sixth-generation warplane concept.

Bill Crowther, MAGMA project leader at Manchester University, said that the university's partnership with BAE Systems has given them "the freedom as a university to focus on research adventure, with BAE Systems providing the pathway to industrial application."