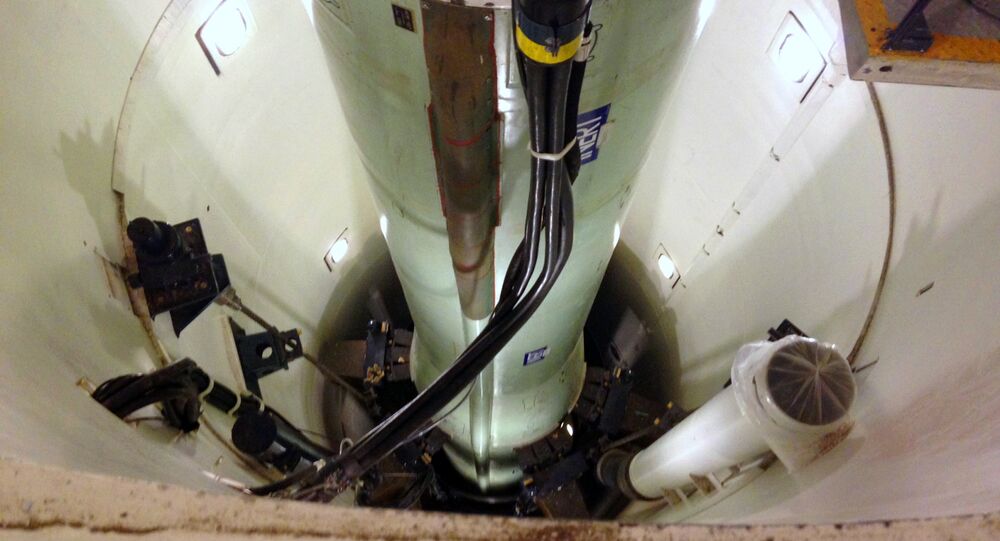 The US Air Force Global Strike Command conducted a regularly scheduled test of one of its Minuteman III Intercontinental Ballistic Missiles (ICBM) early Wednesday. Though this missile was unarmed, the Minuteman III forms the backbone of the US nuclear arsenal.

Air Force Global Strike Command reported the missile was launched from Vandenberg Air Force Base northwest of Los Angeles, California, at 2:42 a.m. and travelled roughly 4,200 miles, hitting a target in the Kwajalein Atoll in the Marshall Islands.

The Air Force schedules such tests years in advance and typically conducts two per year, pulling the missiles from a random silo and firing them off to verify their accuracy and reliability. The last such test was on February 5.

While this missile had no warhead inside of it, the Minuteman III has formed the backbone of the US nuclear weapons arsenal since 1970. The projectile was the first US missile fitted with Multiple Independent Reentry Vehicles (MIRVs), meaning it can carry up to three different warheads that can strike independent targets. The US presently has roughly 440 Minuteman IIIs in its arsenal, according to the Center for Strategic and International Studies think tank.

However, beginning in 2001, the US removed all but one warhead from most of its Minuteman IIIs to comply with the Strategic Arms Reduction Treaty (START), de-MIRVing the entire arsenal by 2014. They are projected to stay in use until 2030.