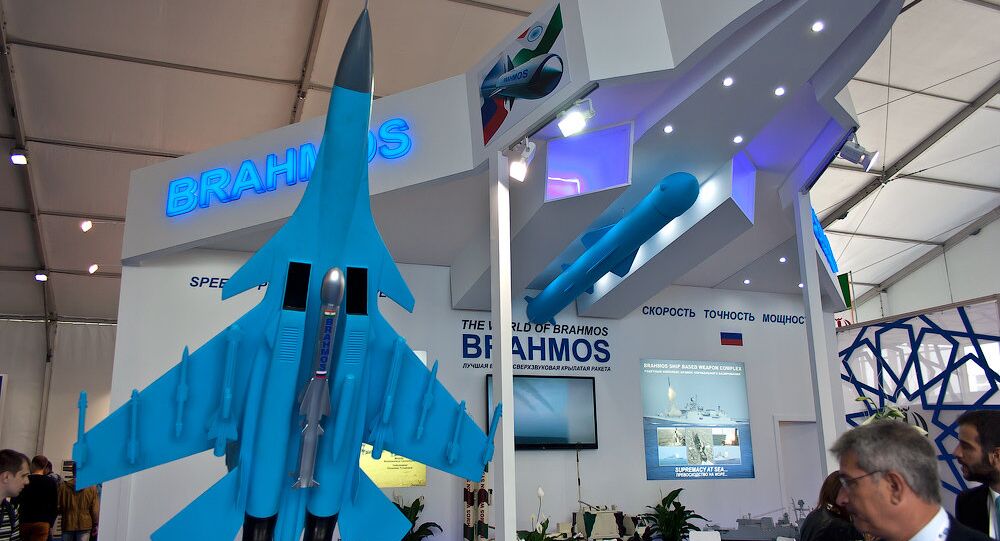 The Indian Air Force (IAF) is expected to test fire the air-launched version of the BrahMos-A supersonic cruise missile from a Sukhoi Su-30 MKI jet sometime in the coming weeks after a cyclone storm passes through the region.

The test was originally scheduled to take place this week over southern India, however, it was ultimately postponed after officials took note of cyclone storm Fani, which was located some 880 kilometers from the country's Tamil Nadu state on Monday morning, NDTV reported. The storm is forecast to intensify by Tuesday.

According to Defense World, the test is meant to look into how the "missile functions in combat mode." It added that "radars and other electronic systems will be tracking the missile to simulate a hostile environment."

The BrahMos-A missile, which is named after India's Brahmaputra River and Russia's Moskva River, reportedly has an operational range of some 400 kilometers, and can be dropped from 500 to 14,000 meters, The Diplomat reported. The missile is the creation of a joint venture between India's Defense Research and Development Organization (DRDO) and Russia's rocket design bureau NPO Mashinostroyeniya.

Citing IAF sources, the Times of India reported that officials are "very keen for a fast track development" of the missile. Sources said the urgency is the result of wanting to "prove [the missile's] integration with the heavyweight Su-30 fighter."

The Indian Ministry of Defense revealed in February that the cruise missile is expected to begin its final development trials in the third quarter of 2019. The Diplomat reported that once the missile successfully completes "two certified launches against a naval and a ground target," it will be enlisted into the IAF.

Both the land- and sea-launched versions of the cruise missile are already in use by the Indian Army and Navy.

YouTube/INDIAN DEFENCE NEWS TODAY
India Conducts Twin Tests of Fire & Forget Anti-Tank Missile Near Pakistani Border
The air-launched variant of the missile was previously test-fired from a Sukhoi Su-30 MKI fighter in November 2017. At the time, the test proved a success after the projectile struck its intended target from a distance of 280 kilometers in the Bay of Bengal.

The IAF has so far modified three of its Sukhoi fighters in order for the jet to be able to launch the hefty 2.5-ton missile. Dozens of Su-30 MKI aircrafts are expected to be modified for that capability.