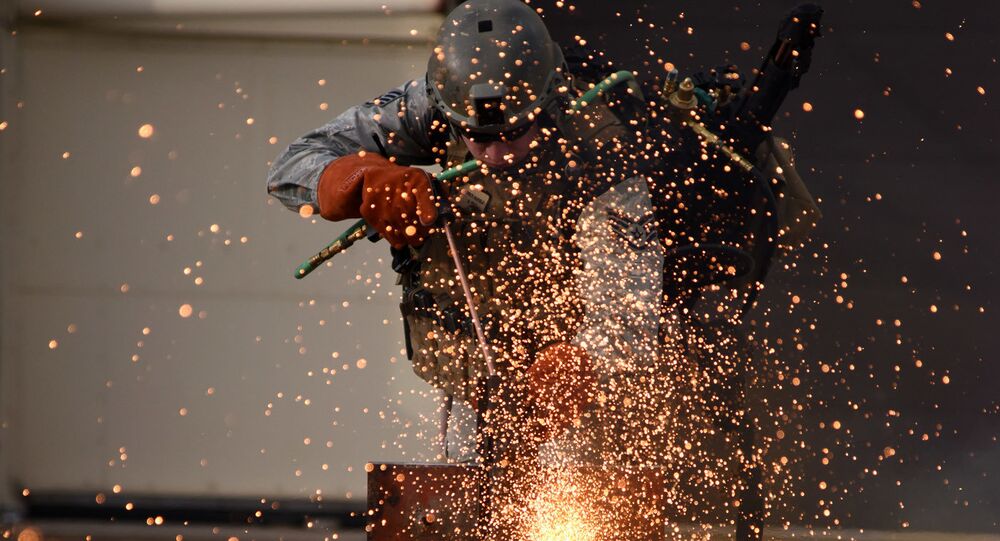 Officials with the US Army are developing a compact version of a thermite grenade, a tool used to break through locks and metal barriers, in order to provide servicemembers with a more user-friendly and precise burner during breaching operations.

Nino Bonavito, chief of the Chemical Biological Center, Energetics Branch at the Army's Combat Capabilities Development Command, told Miliary.com Thursday that the project is meant to produce a replacement for the US military's AN-M14 TH3 Incendiary Grenade, which is effective, but not exactly precise.

"The point is to make it as light as possible for the soldiers to carry," Bonavito said. "Essentially, instead of a guy having to carry around a backpack full of cutting tools or a torch system… or using high explosives and making a lot of racket, you can bring one of these little things and have the same utility."

He explained that the Scalable Thermite Breaching Tools project has a goal of producing a device that will be half the size and weight of the current grenades being used by the military. It will also come with a stand so that servicemembers' hands will be better protected.

To top it all off, it will even come fitted with a custom nozzle, so that when users need to cut through a barrier, the lines will be much more precise.

Bonavito told the outlet that the initiative is still in testing, but that developers hope to make the new technology available to soldiers by 2021. Researchers have been working on this project for nearly a year.

The US Air Force and defense contractor Energetic Material and Products previously partnered up in 2015 to develop a pocket-sized blowtorch with the capability of burning through metal door hinges, rebar gates and chains, Popular Mechanics reported at the time.

​That partnership saw the creation of the Tech Torch, a handheld breaching tool that weighed just a few pounds and could even be used underwater. According to Digital Trends, the torch exceeded temperatures of 5,000 degrees Fahrenheit.

US Army Turned Rukban Into Prison, Prevents People From Leaving It - Damascus