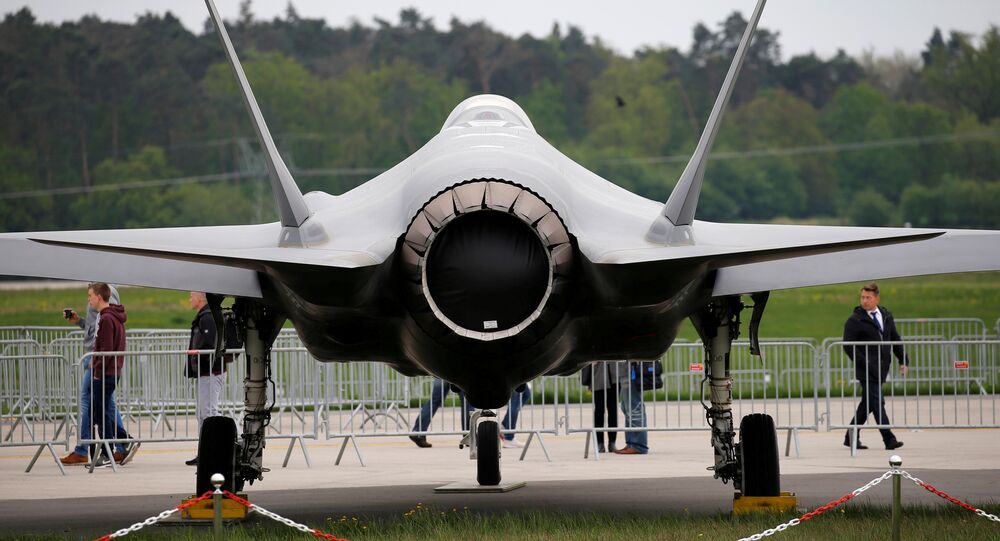 A drastically inflated bill for F-35 fighter jets would inadvertently hurt other branches of the Norwegian defence forces, a newspaper has warned amid ballooning costs, prompting strong reactions from Norwegian parties.

The total cost of the massive F-35 investment may be around NOK 16 billion (almost $1.9 billion) higher than the preliminary calculation made in 2012, the Norwegian newspaper Bergens Tidende reported.

Since the cost of fighter aircraft and necessary infrastructure will be covered almost entirely by the Armed Forces, this will mean that an annual NOK 2 billion ($230 million) may disappear from their running budget until 2025.

"The follow-up to the Norwegian Armed Forces' long-term plan will fail, if the fighter aircraft investment is overblown by such a sum," Royal Naval Academy researcher Ståle Ulriksen told the newspaper Bergens Tidende.

His concerns were shared by active servicemen.

"I don't see how the Armed Forces will be able to finance this on their own. This will have a dramatic effect on the Armed Forces' operational capabilities," Jens Jahren, the leader of the military officers' organisation BFO said.

Major General Morten Klever, a programme director at the Ministry of Defence, acknowledged that the probability of reaching the spending objectives set in 2012 has become lower. Still, this doesn't mean that they have been set aside, he argued. In this year's budget, however, the Ministry of Defence has removed the condition that the spending objective must be maintained.

This has sent a ripple through the Norwegian parties. Labour politician Martin Kolberg condemned the government for not informing parliament that the spending goal may not be reached.

"Now we have to pull in the emergency brake and stop the order of the remaining jets", Socialist Left party leader Audun Lysbakken told Bergens Tidende.

"This is a great disclosure and it's very serious. We have long warned that buying too many fighter jets is a price bomb that threatens our defence. Now the government must put the cards on the table, and further jet purchases must be stopped!" Lysbakken tweeted.

​"The red-green purchase of F-35 (naturally, supported by the right-wing parties) is becoming increasingly scandalous. I hope more people understand that the F-35 is the cuckoo who pushes the rest of the defence (budget) out of the nest," Reds leader Bjørnar Moxnes tweeted.

The Norwegian Armed Forces, however, have disputed Bergens Tidende's figures. They believe that the cost has increased by a "mere" NOK 8.2 billion ($960 million). Among other things, they argued that around NOK 2.7 billion ($310 million) that will be spent on upgrading the air bases on Ørland and Evenes to be compatible with F-35s are not directly related to the fighter aircraft acquisition.

While Norway's air force has recently reduced its number of bases, it has made massive investments in procuring new aircraft. With 52 F-35s in total, Norway will become one of Europe's foremost users of the US-made fighter jet, despite the project's well-documented flaws and skyrocketing costs.

So far, Norway has received nine F-35 fighter aircraft, with an average price tag of NOK 1.375 billion apiece (roughly $160 million), with another seven still in the US for tests.