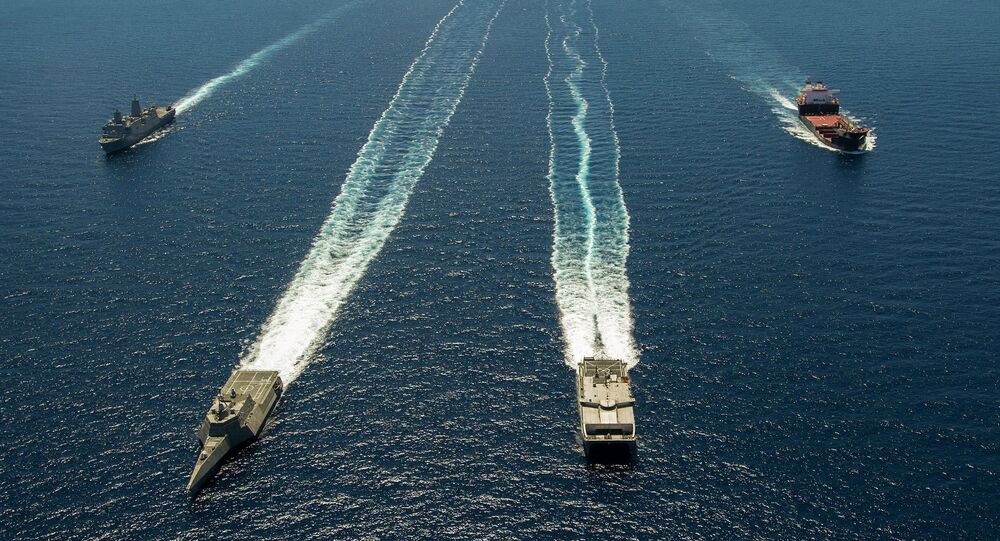 The death toll in Sri Lankan blasts that ripped through the nation on Sunday has risen to 290 people, including foreigners. Some 24 suspects have been detained by the police in relation to the attacks.

US Navy has suspended the scheduled weeklong Cooperation Afloat and Readiness Training (CARAT) drill with Sri Lankan military this week in wake of a series of eight deadly explosions that rocked the South Asian insular nation on Sunday, the US Navy reported.

The blasts hit Sri Lanka's Catholic churches and hotels. No group has so far claimed responsibility for the attacks. US Secretary of State, Mike Pompeo, said in a statement that several US citizens were among the victims. The US State Department has issued a revised advisory about Sri Lanka, cautioning that "terrorist groups continue plotting possible attacks in Sri Lanka."

According to a statement to Stars and Stripes by Seventh Fleet spokesperson, Clay Doss, "all US personnel involved in CARAT are accounted for" following the attacks, and they are now leaving the country.

The spokesperson extended his condolences for all the victims, noting that Seventh Fleet fully support their Sri Lankan partners during the tragedy.

Previously on Thursday, the USS Spruance and USNS Millinocket vessels arrived in Sri Lanka's Hambantota port located 170 miles away from Batticaloa where one of the eight blasts took place.

US Navy said in a statement on April 19 that CARAT drill in South and Southeast Asia marks its 25th anniversary this year. Sri Lanka has become the first of seven nations involved in the exercise to take part in 2019 drill.

The statement adds that under the planned drill, the Navy and Marine Corps were supposed to interact with the country's military at sea to test communication, "coordinate and respond to scenarios at sea to include maritime patrol operations; manoeuvering exercises; surface gunnery drills; visit, board, search and seizure drills; vertical replenishments operations; flight operations and search and rescue swimmer exercises."

The Navy spokesman also said that upon leaving, CARAT exercise will continue with other nations this year, including Brunei, Indonesia and Thailand.