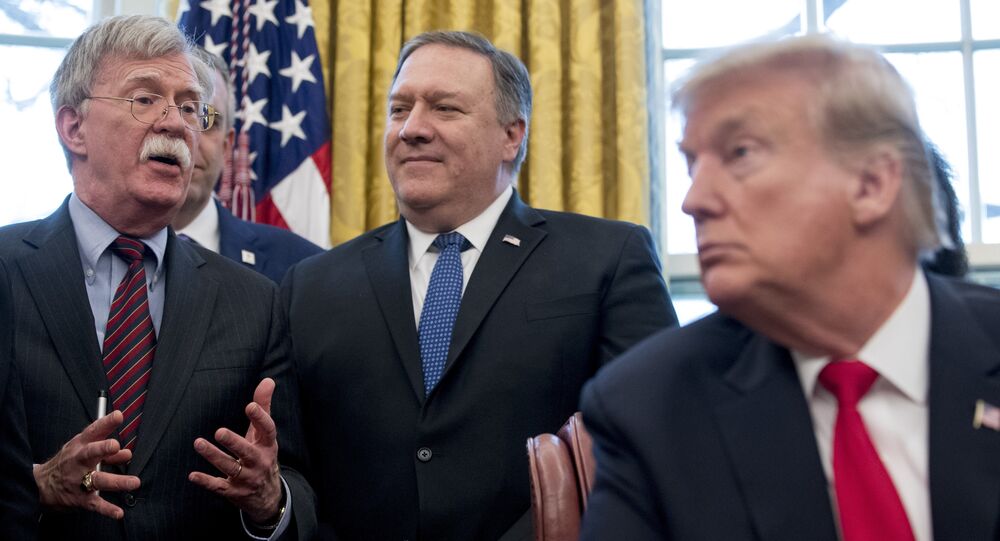 In its second scathing critique of a high-ranking US figure in less than a week, Pyongyang has described demands by the US national security adviser, John Bolton, for proof that North Korea is in the process of denuclearisation as “nonsense".

© REUTERS / Enrique De La Osa
Prof on US Cuba Policy: 'Very Unpredictable' Strategy of Regime Change
Bolton's call for the Democratic People's Republic of Korea (DPRK) to offer proof that Pyongyang's leadership is in the process of taking apart its nuclear arsenal were characterised as "nonsense" by the nation's vice foreign minister, Choe Son-hui, on Saturday, according to the Korean Central News Agency (KCNA).

After US President Donald Trump hinted that he was interested in a third summit with DPRK chairman Kim Jong-un, Bolton — a Trump appointee — declared that prior to any meeting between the two heads of state there must first be "a real indication from North Korea that they've made the strategic decision to give up nuclear weapons", cited by Bloomberg.

DPRK vice foreign minister Choe took Bolton to task for his demands, according to reports.

"Bolton, national security adviser of the White House, in an interview with Bloomberg, showed above himself by saying such a nonsense", noted Choe to KCNA on Saturday.

© Sputnik / Ekaterina Chesnokova
Robert De Niro Slams Trump as ‘Wannabe Gangster’ and ‘Total Loser’
"Bolton's remarks make me wonder whether they sprang out of incomprehension of the intentions of the top leaders of the DPRK and the US or whether he was just trying to talk with a certain sense of humour for his part, with its own deviation", Choe remarked.

"All things considered, his word has no charm in it and he looks dim-sighted to me", she added, cited by Reuters.

In commenting on Bolton's statement, DPRK vice minister Choe also avowed that no good could come of the former's demands as long as the US continued "to throw away such remarks devoid of discretion and reason."

Pyongyang also noted on Thursday that, alongside Bolton, the nation would no longer discuss matters of state with US Secretary of State Mike Pompeo suggesting that the former CIA director should be replaced by a "mature" diplomat, according to Reuters.