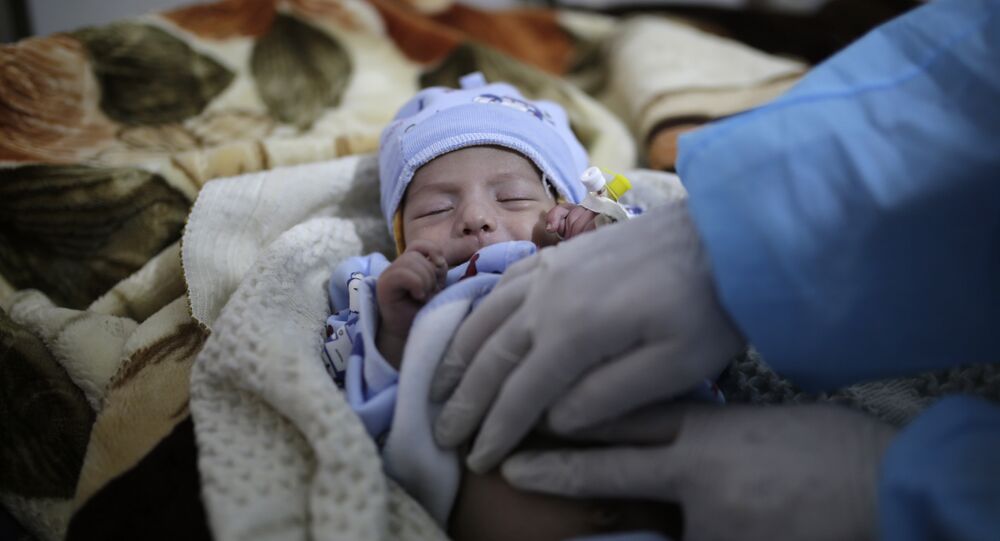 According to reports coming out of war-torn Yemen, a minimum of one-third of cholera cases reported in a new outbreak of the deadly disease are children under the age of five.

Charity organization Oxfam has released information detailing that Yemen is at risk of a "massive resurgence" of cholera, as an estimated 195,000 cases have been currently reported for 2019 alone.

"Fears that the world's worst cholera outbreak could be set for a massive resurgence are growing," noted the Oxford Committee for Famine Relief (Oxfam) relief organization on Thursday.

© Sputnik
Yemen War Resolution Vetoed, Continuing US Military Assistance
Aid agencies and medical outreach groups are struggling to reach those in need, the relief agency reported, even as a Saudi-led military coalition stocked with the most recent US weapons continued operation against armed Houthi force in the country.

Aid agencies in Yemen, the poorest nation in the Middle East, are suffering from "fighting and restraints on access, including checkpoints and permit requirements imposed by the warring parties," reported Oxfam, cited by France24.com.

The upcoming rainy season is predicted to make conditions worse for the spread of the deadly disease.

A waterborne bacterial infection, cholera in Yemen has killed over 3,000 since 2016, according to multiple reports.

Yemen has been locked in a conflict between the government forces led by the president and the Houthi rebels. A Saudi-led coalition has been conducting strikes against the Houthis at Hadi's request since March 2015.