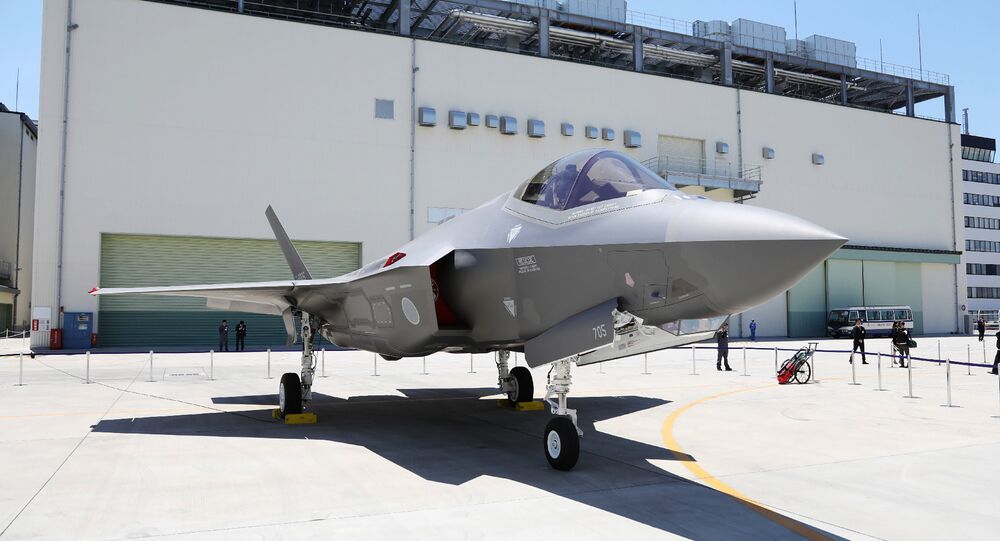 The development comes after the Japanese Air Self-Defence Force (JASDF) confirmed on Wednesday that the around-the-clock search for its missing F-35A plane and highly experienced pilot Major Akinori Hosomi is still underway.

Washington has signalled its readiness to disclose some of the fifth-generation US F-35 fighter’s top-secret details to Japan to spur the joint development of the F-35’s successor, The Yomiuri Shimbun reports.

The newspaper cited unnamed Japanese government sources as saying that the US specifically proposed handing secret codes on the software installed in the F-35 airframe to control parts, including the engine and the missiles, to Japan.

The sources added that Tokyo, which plans to purchase 40 more F-35 jets for the Japanese Air Self-Defence Force (JASDF), is due to decide on the US proposal before the end of this year.

The new aircraft may feature electronic components from the airframe of the US Air Force’s F-22 advanced stealth fighter – something that was endorsed by the US defence manufacturer Lockheed Martin last year.

Some Japanese government officials, for their part, expressed hope that “combining the F-35 and the F-22 could create the best fighter jet in the world”.

The US proposal comes amid the ongoing around-the-clock search for the JASDF’s missing F-35A fighter jet which disappeared from the radars during drills over the Pacific Ocean on 9 April.

Earlier this week, US and Japanese search-and-rescue teams managed to find part of the plane's tail about 80 miles (130 kilometres) offshore the Misawa Air Base. The rest of the fuselage, as well as the pilot — 41-year-old Major Akinori Hosomi — are yet to be tracked down.

In a separate development, Japanese Defence Minister Takeshi Iwaya told the Japan Times on Tuesday that “the F-35A is an airplane that contains a significant amount of secrets that need to be protected”.

He voiced hope that Japan will “continue to take the leading role in investigating the cause of the accident” with the help of the US.

Courtesy of US Pacific Air Forces
Two US B-52 Bombers Train with Japan Air Forces Over East China Sea
Takeshi previously announced that Tokyo would ground the JASDF's whole fleet of F-35A fighters in connection with the 9 April incident but this week, he made an about-face by announcing that Japan has not changed its F-35 acquisition plan.

“The cause has not been identified, and there has not been any specific information that is sufficient to change the policy as of now, which means that there is no change in the acquisition plan decided at the end of last year”, Takeshi pointed out.