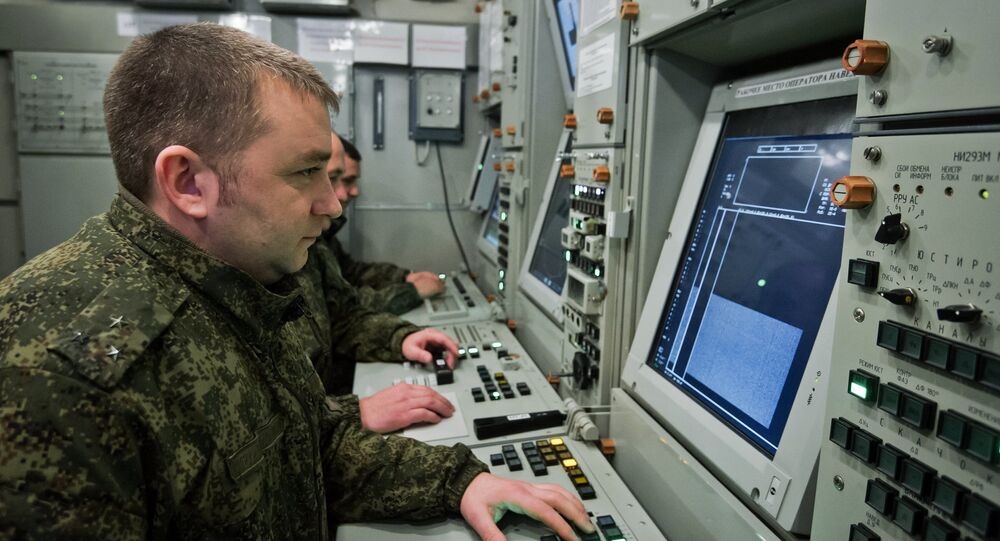 Turkey has promised not to integrate its S-400s into NATO systems, and said it would adjust the technical characteristics of the Russian-made air defence platforms if Washington can prove that they pose a threat to US-made F-35s. A respected defence analyst has explained why both of these promises are moot.

Turkish Defence Minister Hulusi Akar assured US officials this week that Turkey's soon to be delivered S-400s would not change any of Turkey's commitments under NATO, and promised to address any concerns the US has regarding Ankara's purchase of the Russian systems. This, he said, included making "changes to the parameters of the S-400 systems" if Washington "proves the existence of a threat."

Commenting on Akar's remarks, Mikhail Khodarenok, a retired air defence forces colonel and defence analyst who has written extensively on the S-400, explained that it wasn't entirely clear what kind of hypothetical 'threat' the system could even pose to NATO.

The only theoretical danger, according to the observer, was the possibility of 'friendly fire', i.e. if an S-400 crew's operators were to accidentally fire on NATO aircraft. But even this 'threat' has been nullified by the Identification, Friend or Foe (IFF) system, a radar-based command and control feature which the Turkish military will install aboard its complement of S-400s, Khodarenok explained.

Russia ships its air defence systems and radar components abroad without the Russia-only Parol ('Password') IFF used by the Russian military itself.

"More precisely, our systems are delivered abroad with the IFF systems that the customer wishes to install. But Russia does not provide the key information regarding its Parol system to anyone, since supplying equipment abroad with the Russian IFF would be nothing short of revealing the country's military and state secrets," the retired officer stressed.

© Photo : Department of information support of the Baltic region
US-Turkey Deadlock Over Ankara’s S-400 Deal Shows No Sign of Resolution – Report
Turkey has requested that its complement of S-400s be fitted with NATO's Mark XII system, the alliance's current IFF standard. The Turkish side can make requests for some changes in this area, Khodarenok noted, but not much else, since any other serious modifications to the S-400 would effectively require "a complete redesign" of the system, and are therefore impossible.

That is not to say that Turkey itself cannot make whatever changes it wants after the systems themselves are delivered. However, "one cannot expect any profound changes to the tactical and technical characteristics of the system," Khodarenok noted.

As far as Defence Minister Akar's promise not to integrate the S-400 into existing NATO operational and tactical-level air defence systems, this isn't a problem, the observer emphasised, since "it is simply impossible to control the Triumf in automatic mode using…NATO's Integrated Air Defence System."

"These systems are simply too different, both in terms of hardware and their algorithms, with the creation of appropriate means of interfacing taking many years, and possibly ultimately coming close to the cost of one of the systems themselves," Khodarenok explained.

© CC0
Ankara Warns F-35 Programme Will be 'Damaged' If US Excludes Turkey
There's no need for them to be integrated in anyway, since the S-400 works perfectly well in offline mode, receiving information regarding possible airborne targets from its own 91N6E radar system, with critical information regarding the situation over Turkey's airspace transmittable into the S-400's 55K6E command system manually, which in any case would be sufficient for the defence of important administrative or political centres.

Finally, Khodarenok noted there was just one more nuance of the S-400 which provides it with advantage over US and other NATO-made defence equipment.

"Let's suppose (purely hypothetically) that the pilot of a Jordanian F-16 has received an order to shoot down an Israeli Air Force F-16. He would not be able to hit the Israeli plane. This was taken care of by the plane's manufacturer, the United States…Exactly the same kinds of restrictions are 'baked into' anti-aircraft and anti-missile systems made by the US and the West. There have been numerous examples of this in military history.

For example, in 1991, during the Gulf War, all of Saddam Hussein's French-made air defence systems were turned off via an external signal. Similar cases have been reported with France's Crotale anti-air missile system in Africa.

But the situation in the Middle East may take such a turn that countries with arms purchased in the US and other Western countries may enter into conflict, with neither side proving capable of accomplishing its combat missions. But Russian systems, [including the S-400] lack this fundamental limitation. In any situation and under any circumstances, they will always remain on alert," Khodarenok concluded.

Washington has threatened to block F-35 deliveries to Turkey if it moves forward with its S-400 purchase, with deliveries of the Russian-made system expected to begin this summer. The US has offered Turkey its Patriot PAC-3 air defence systems in place of the S-400s. Ankara agreed to consider the Patriot offer, but not as a substitute for its S-400s. Last week, Turkey hinted that it might purchase advanced Russian aircraft if it doesn't receive its F-35s.