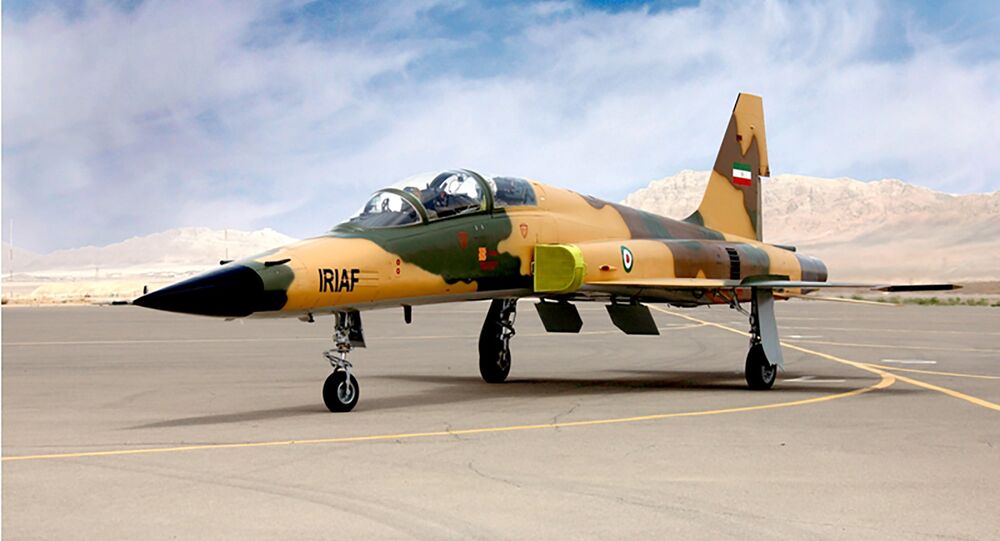 The country will celebrate Army Day on Thursday, marking the 40th anniversary of the formation of the Islamic Republic's Armed Forces in 1979 following the Iranian Revolution.

"The major difference between this year's parade and those held in previous years is that it will include Kowsar and Saeqeh domestic hunter bombers," Vahedi said Tuesday, according to Press TV.

According to the senior officer, the demonstration of Iran's domestic engineering prowess will help "prove to the world that [US] sanctions will stop short of impeding us."

© AP Photo / Hadi Mizban
From Gulf to Mediterranean: Iran, Iraq, Syria Discuss Major Railroad Project
Along with the Kowsar and the Saeqeh, Thursday's massive parade is expected to feature Iranian Air Force MiG-29s, F-4 Phantoms, F-14 Tomcats, and KC-707 and KC-747 tanker aircraft, with the planes flying to the capital from airfields across Iran.

Iranian jets buzzed over Tehran on Tuesday to rehearse the parade, with the Kowsar snapped alongside some of the other planes featured in the review flyover.

The Kowsar and Saeqeh were created by the Iran Aircraft Manufacturing Industrial Company.

Introduced in late 2018, the Kowsar has been described a "100 per cent indigenous" outgrowth of the US-designed Northrop F-5, but featuring fourth generation avionics, including an advanced fire control system, smart mobile mapping systems, a glass cockpit, and heads-up display, along with the ability to carry modern munitions, including domestically produced missiles and bombs.

The Saeqeh is another fighter derived from the F-5, and features upgraded avionics and improved aerodynamics, and reportedly designed for precision bombing missions, with a declared range of 3,000 km. That plane was first introduced in the mid-2000s.

Prior to the 2015 nuclear deal, Iran faced US and international sanctions for decades, with the country adapting to the restrictions by developing a wide variety of technologies to replace foreign imports and technology, from energy and consumer goods to the defence sector.