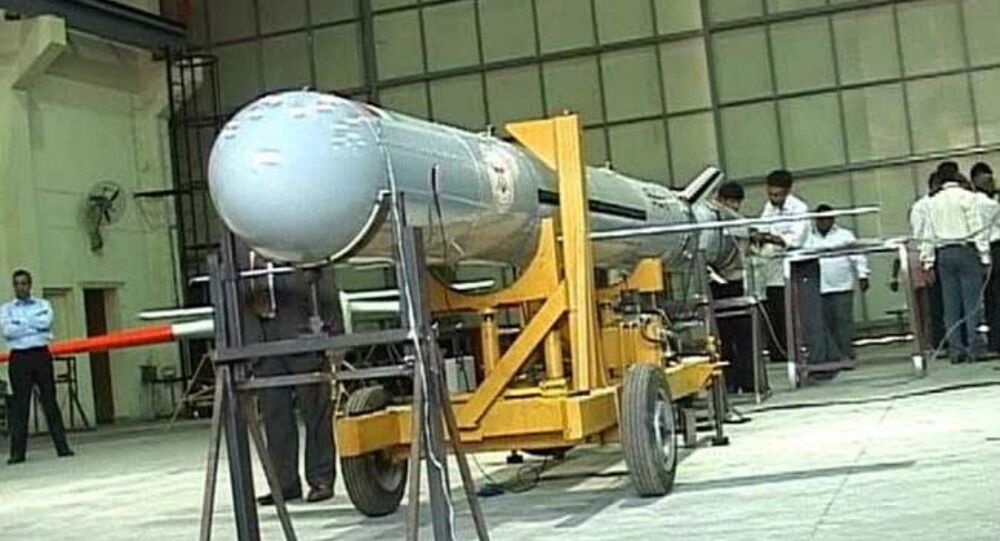 The air-launched version of the missile is likely to begin trials in 2021. The Indian Navy is requesting that the Nirbhay have a range of at least 1,500 km; its current reported range is 1,000 km.

New Delhi (Sputnik): After two back-to-back failures, India successfully conducted a developmental trial of the intermediate range (1,000km) Nirbhay missile from a defence facility off the coast of the state of Odisha on Monday afternoon. The subsonic land-attack cruise missile features terrain hugging (30m AGL) capabilities and is being developed to supplement its supersonic Brahmos missile, which it jointly developed with Russia.

© REUTERS / P. Ravikumar
India Launches Military Surveillance Satellite to Track Enemy Radar (VIDEO)
This was the sixth test of the weapon, which is the first long-range cruise missile designed and developed by India. Three of the test launches ended in failure; the missiles had to be destroyed in mid-air after deviating from their course. The missile has the capability to cruise at 0.7 Mach, at altitudes as low as 100 m.

"The missile was fired for a shorter range. The mission was excellent," a defence official said after the test.

The missile is powered by Russian NPO Saturn 36MT mini turbofan engines, which may be replaced with Indian-developed engines at a later stage.