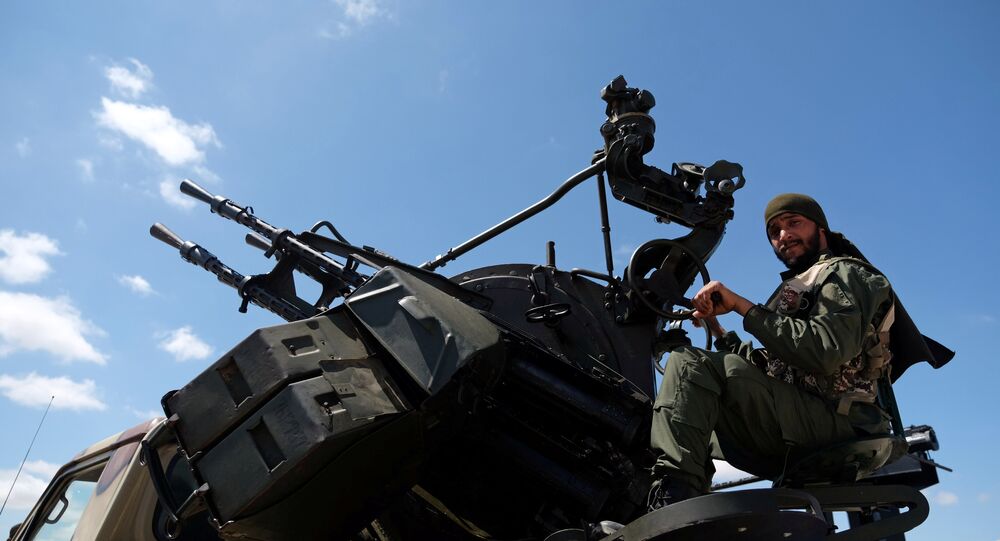 The war-torn African country, devastated by a 2011 revolution and turned into smugglers’ heaven, has been split between two governments. The situation escalated last week when the head of the Libyan National Army (LNA), Field Marshal Khalifa Haftar, ordered an offensive to retake Tripoli from the UN-backed Government of National Accord (GNA).

The vice chair of the CDU group in the German Parliament, Johann Wadephul, has called to launch a mission by the country’s armed forces in Libya. The lawmaker has told AFP that Germany and Europe are interested in ending the conflict in the North African country, where a "smuggling system" has developed, bringing in illegal immigrants to Europe. According to him, German military intervention in the conflict is currently hypothetical, but if no political solution is found, the world community must "show the willingness to act more clearly" with the support of Germany.

"I believe that the SPD is also interested in ending this humanitarian catastrophe”, he noted, hoping that the CDU/CSU coalition partners would support the move.

Wadephul expressed optimism that even the Social Democrats would support a mission, requiring a "robust mandate" for the Bundeswehr, meaning that soldiers should not use their weapons only for self-defence. The CDU politician stressed that Berlin must prove its commitment to taking on more international responsibility with actions rather than statements.

At the same time, member of the party Alternative for Germany Armin-Paulus Hampel warned against the military operation in an interview with Sputnik.

"All interventions in recent years in the Middle East have failed and have led to chaos in the region. So-called 'failed states', weak governments are the result with extremely high numbers of victims”, Hampel noted, also recalling the mistakes in Afghanistan.

According to him, Field Marshal Khalifa Haftar is exploiting the unstable situation in the country.

"The states are divided over Libya. There is a weak government in Tripoli. I suspect that in the past few months he has done what was once attributed to Gaddafi: he has negotiated with important tribes in Libya and seems to have gained their support, which the state government in Tripoli no longer has”, the AfD politician suggested.

The security and political situation in Libya has been unstable ever since the 2011 revolution and the overthrow of the country’s long-time ruler Muammar al-Gaddafi. The country has been divided between two authorities: the eastern part of the country is controlled by the parliament elected in 2014 and backed by the Libyan National Army (LNA) that is headed by Field Marshal Khalifa Haftar, while the UN-backed Tripoli-based Government of National Accord (GNA) governs Libya's western parts.