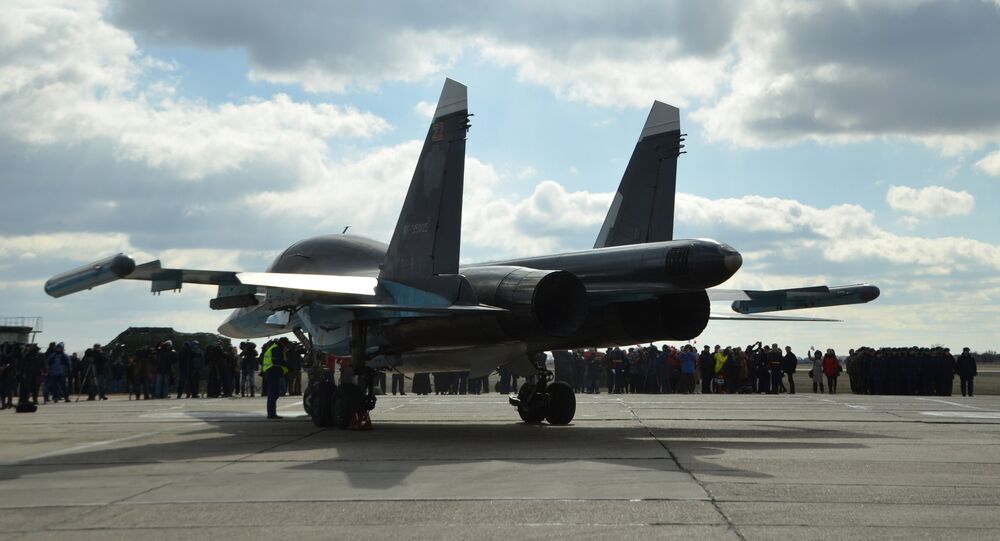 MOSCOW (Sputnik) - Russia has detected 27 foreign reconnaissance aircraft near its airspace over the past week, the weekly infographic, published by the Russian Armed Forces' official newspaper Krasnaya Zvezda, showed on Friday.

According to the material, Russian jets were scrambled six times to prevent the foreign planes from crossing into the Russian airspace.

The number of air incidents involving Russian and foreign planes has reportedly increased in the past years after North Atlantic Treaty Organization (NATO) ratcheted up its presence on Russia’s western border in 2014.

In March, US Air Force announced it had deployed six nuclear-capable B-52 bombers to Europe for "theater integration and flying training" with its NATO allies. The actions were promptly criticized by the Kremlin.

© Sputnik / Igor Zarembo
S-400 to Guard Not Only Turkey, but NATO & EU – Erdogan Party’s Press-Secretary
On 3-4 April, NATO held its foreign ministers' meeting dedicated to the 70th anniversary of the organization. During this event, NATO Secretary General Jens Stoltenberg said the alliance should find the right balance of strength and dialogue with Russia. He noted that it was impossible to say whether the relationship with Moscow could be improved in the near or distant future, but added that even without having better ties with Russia, it is important to manage difficult relations.

Russian parliament's upper house said in its statement published on Wednesday that Russia and NATO have many crucial issues to discuss and are facing many common threats that demand a joint response.

NATO Does Not Want to Isolate Russia, Seeks Talks on Arms Control - Stoltenberg