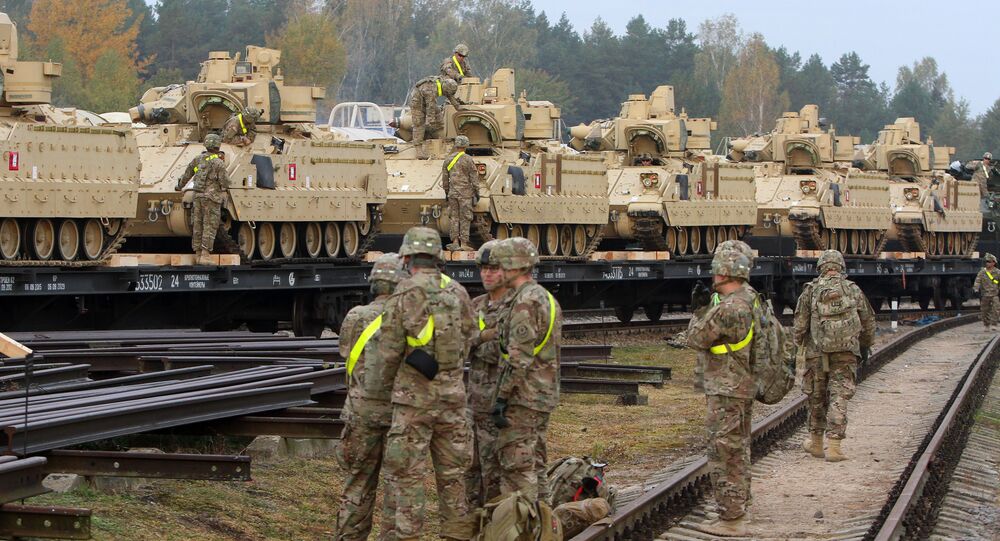 WASHINGTON (Sputnik) - South Korea has agreed to purchase a significant amount of US military equipment, US President Donald Trump told reporters at the White House after meeting with South Korean President Moon Jae-in on Thursday.

"President Moon [Jae-in] and South Korea have agreed to purchase a tremendous amount of our military equipment form jet fighters to missiles to lots of other things," Trump said.

US President Donald Trump Donald Trump has continued on by thanking Russia and China for their help on border issues with North Korea as he welcomed South Korea's President Moon Jae-in to the White House.

US President Donald Trump has also told reporters that he and South Korean President Moon Jae-in will be discussing potential meetings with North Korea's Kim Jong-un.

"I think North Korea has a tremendous potential and I believe that President Moon agrees with that and we will be discussing that and even potential meetings with North Korea and Kim Jong-un,"Trump said.

© Sputnik / Dmitriy Vinogradov
S-400s and F-35s are Incompatible and Turkey Knows It – Pompeo
Moon is in Washington to meet with Trump to discuss a range of mutual concerns including North Korea, trade and other interests.

Both South Korea and the United States have been urging Kim to return to the negotiating table after the communication breakdown in February. On Tuesday, Kim Hyun-chong, deputy director of the South Korean National Security Office said that the Moon-Trump summit was based on their joint view that it was important to revive the denuclearization talks with North Korea.

The situation on the Korean Peninsula, which has been divided into two countries with drastically differing political systems in place since 1953, improved last year with Kim and Moon having held several meetings. Kim also held two meetings with Trump, with the parties having reached an agreement in June, stipulating that North Korea would make efforts to promote complete denuclearization of the peninsula in exchange for US-South Korean military drills' freeze and a potential removal of US sanctions.

US Military Moving Equipment to Border With Mexico - Pentagon Chief